Volkswagen has updated its stylish Arteon with some new engines new technology and revised styling and they’ve also made a high-performance R version and a completely new estate. Here we have top 10 things you need to know about the new Volkswagen Arteon 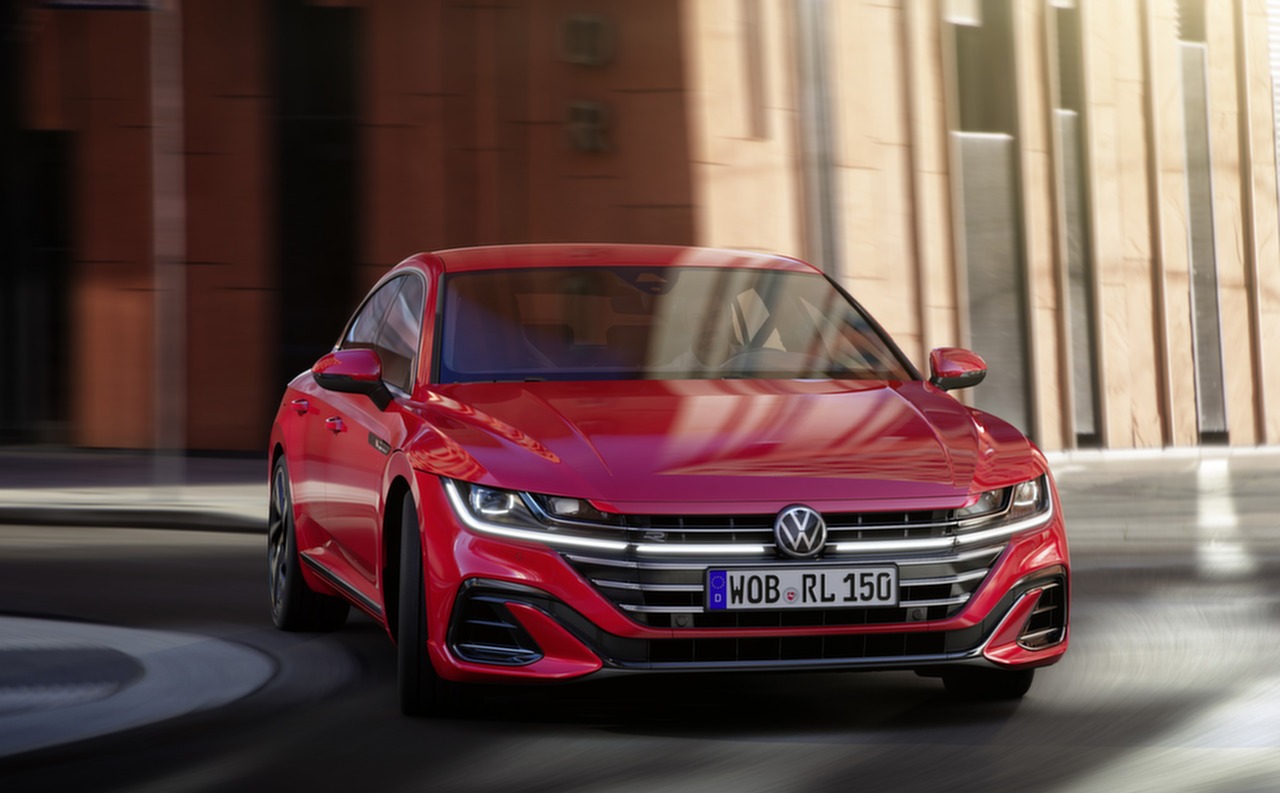 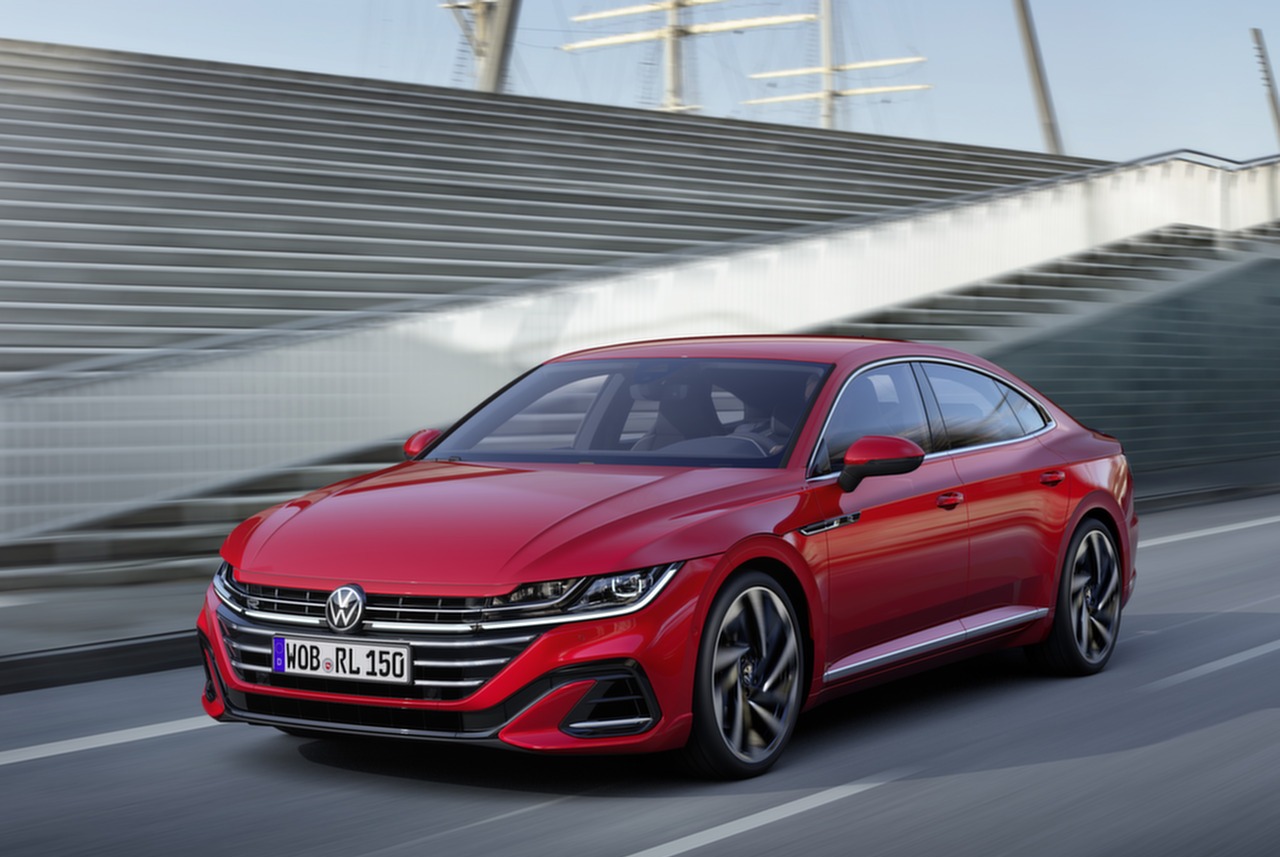 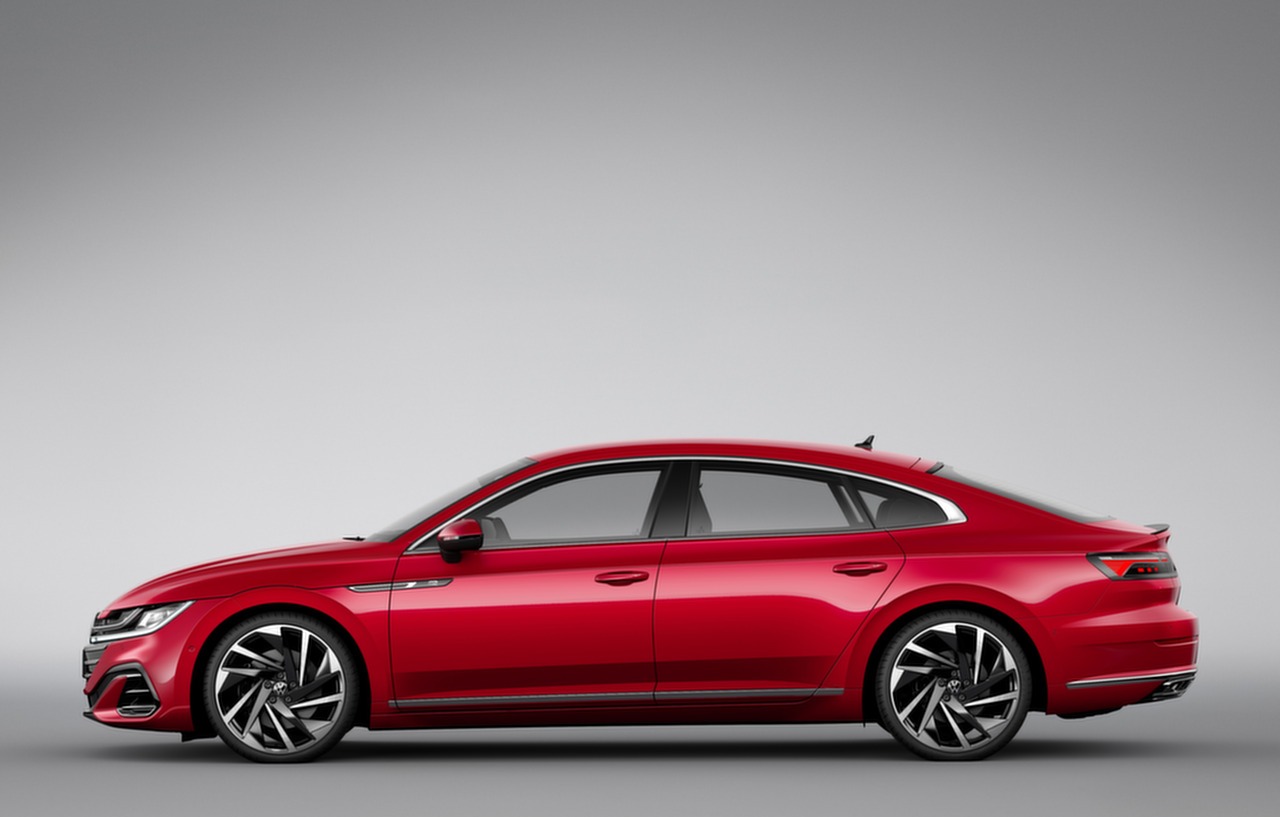 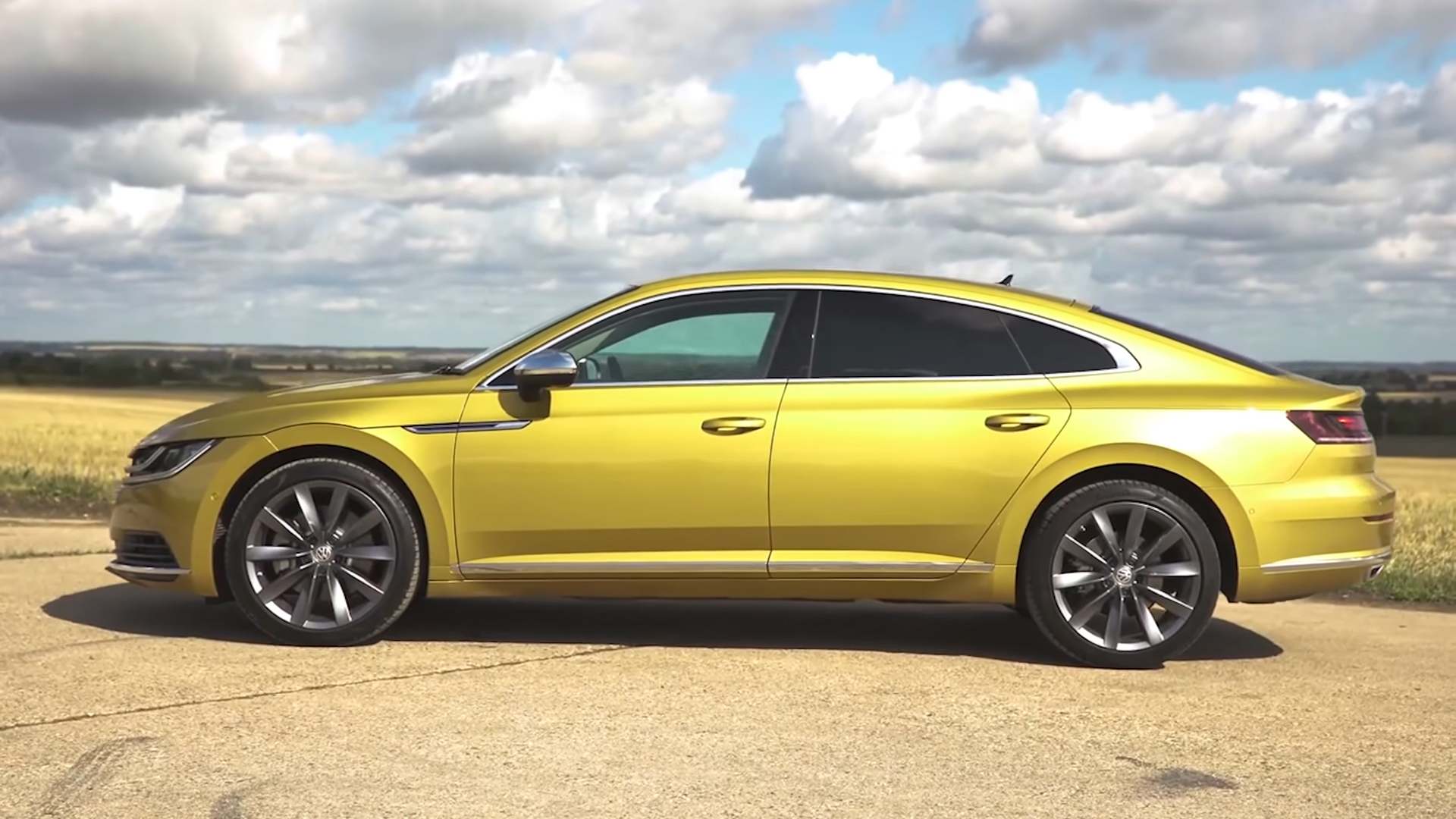 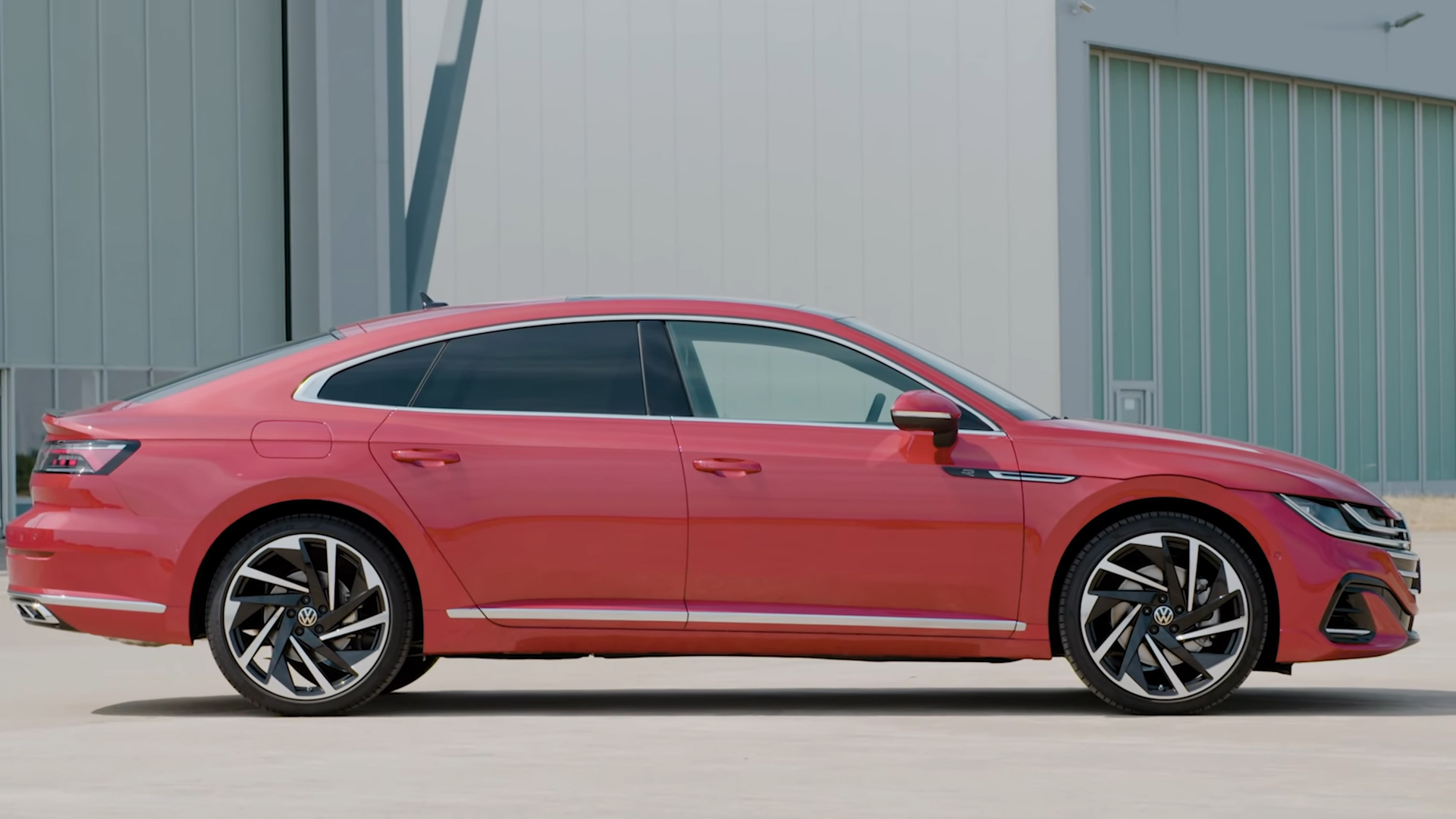 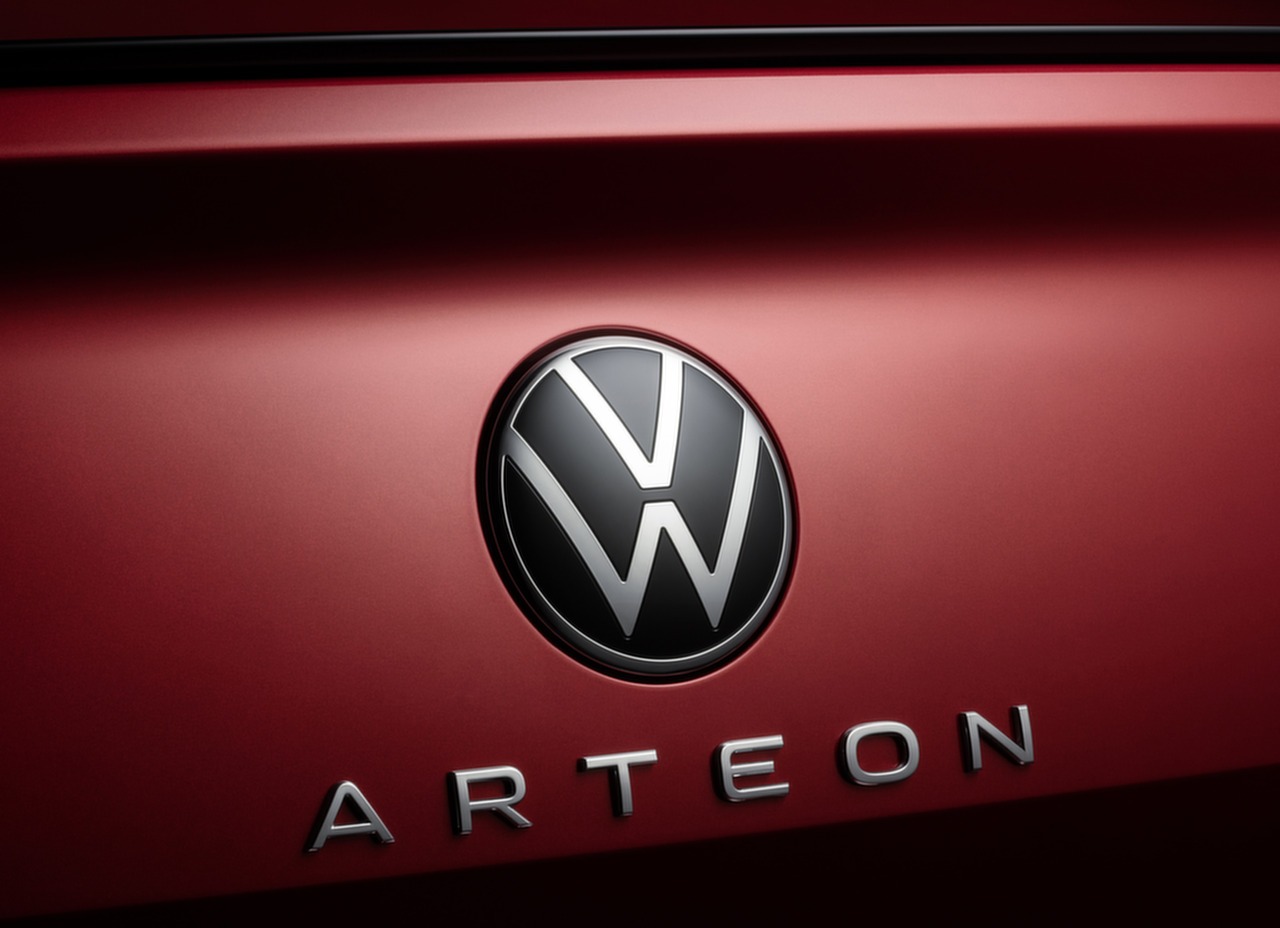 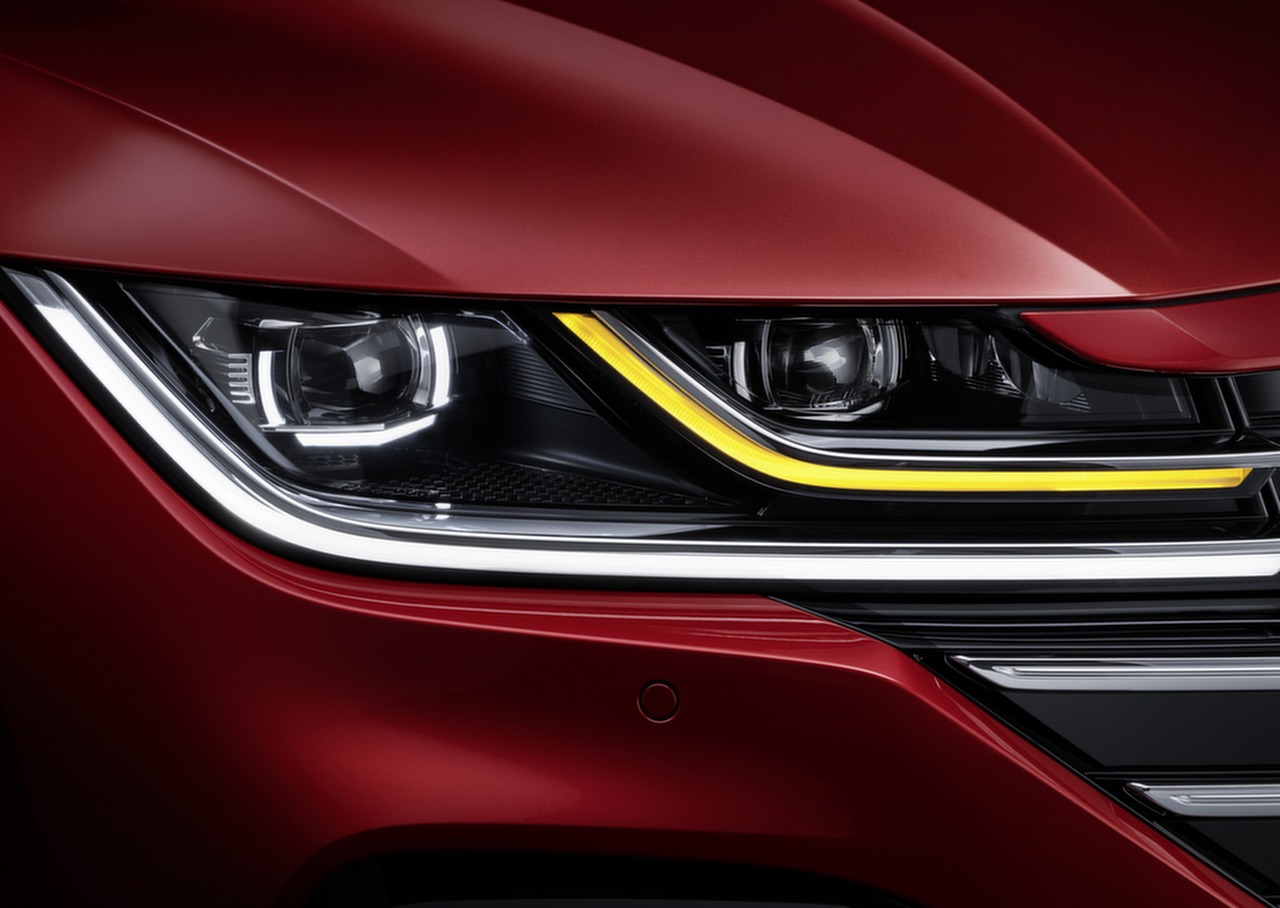 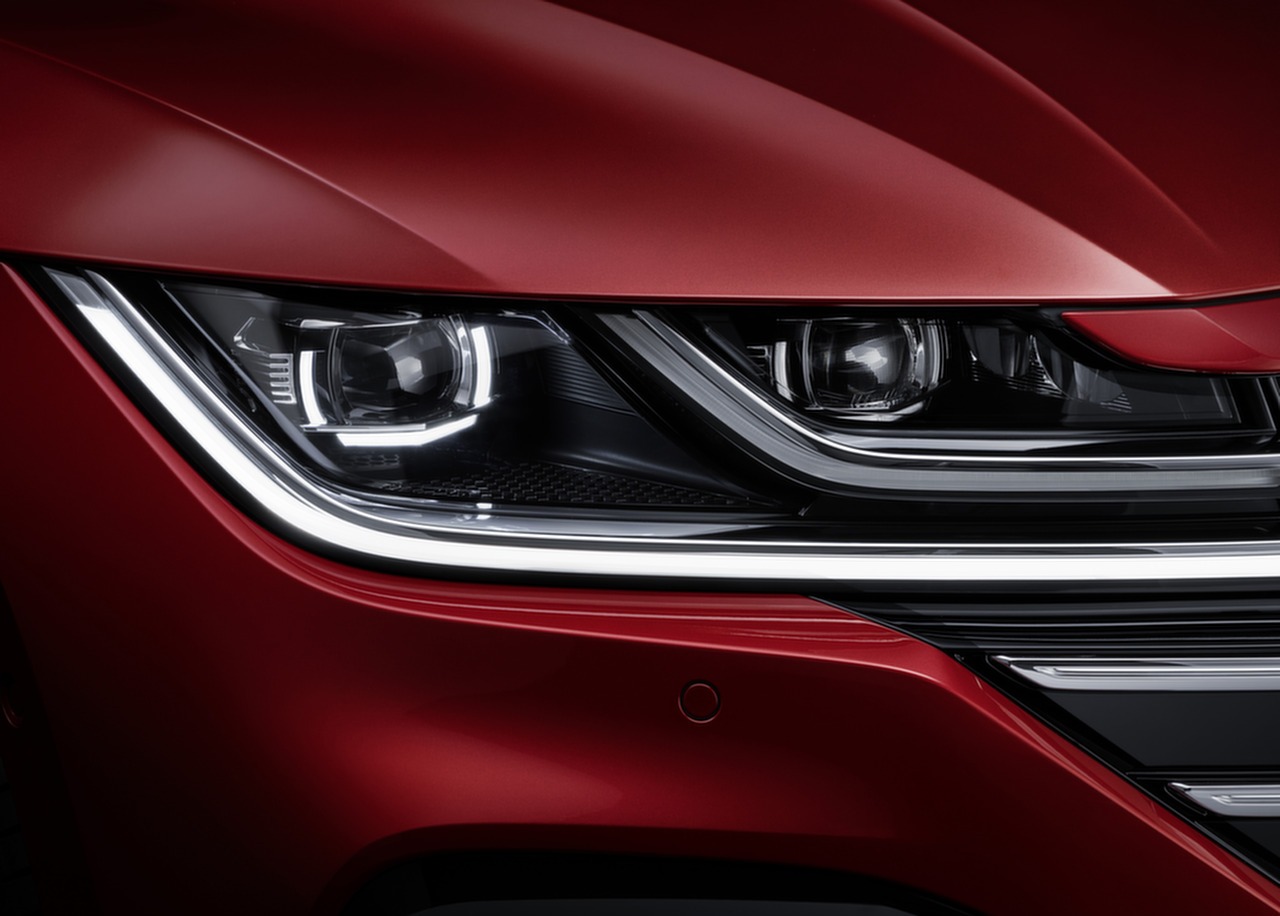 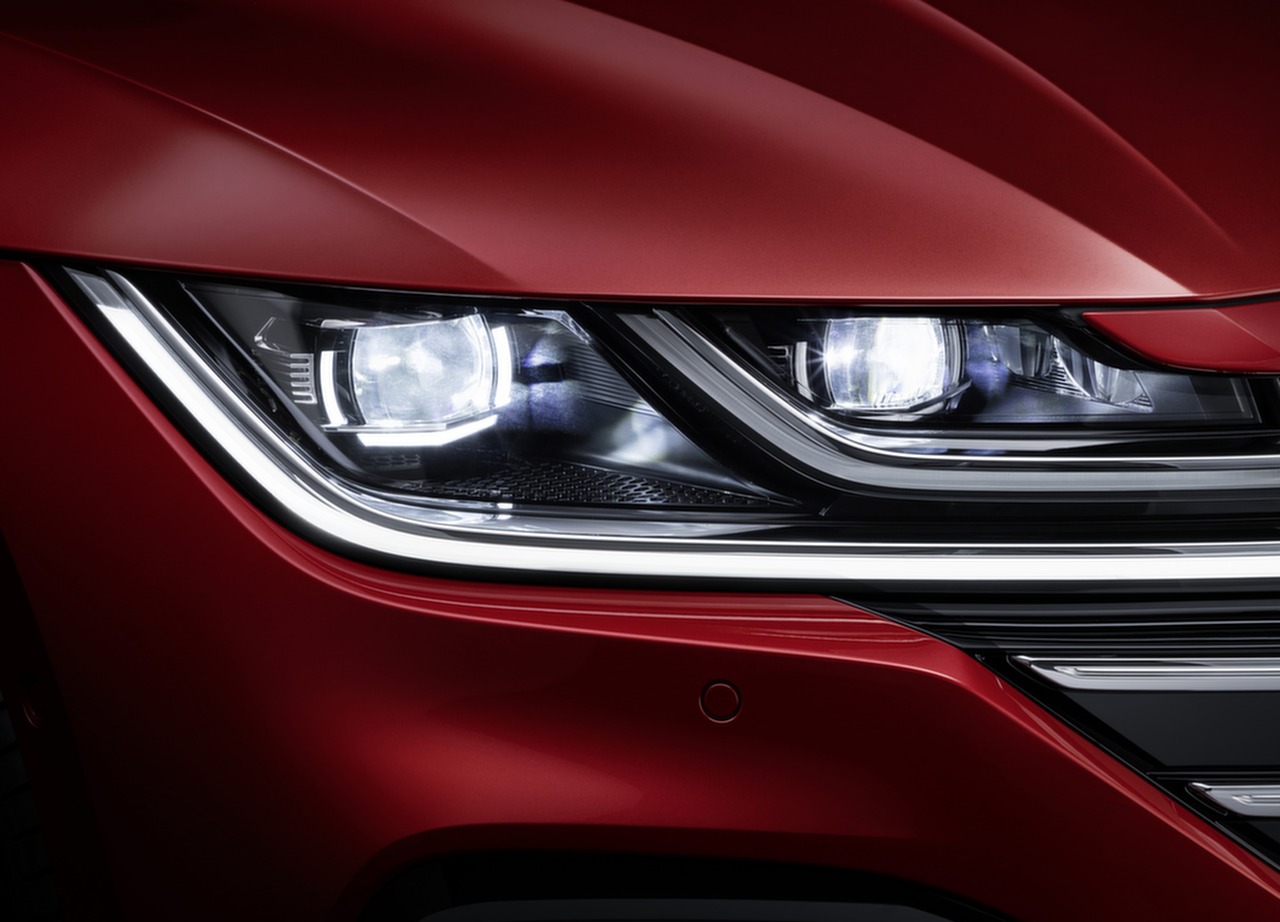 The old Arteon was a pretty handsome looking car so VW hasn’t changed much for this new model at all. The biggest difference is a new strip of daytime running lights on the grill that stretch from one headlight to the other it makes the Arteon face look a little bit like robocops. VW also tweaked the Arteon brake lights and they’ve given R live models a set of 4 chrome exhaust tips instead of 2, although these are almost fake like they were on the old car.

The rest of the Arteon looks pretty much the same as the previous model so it’s a bit sportier than a Passat but not quite as aggressive as an Audi A5 Sportback. 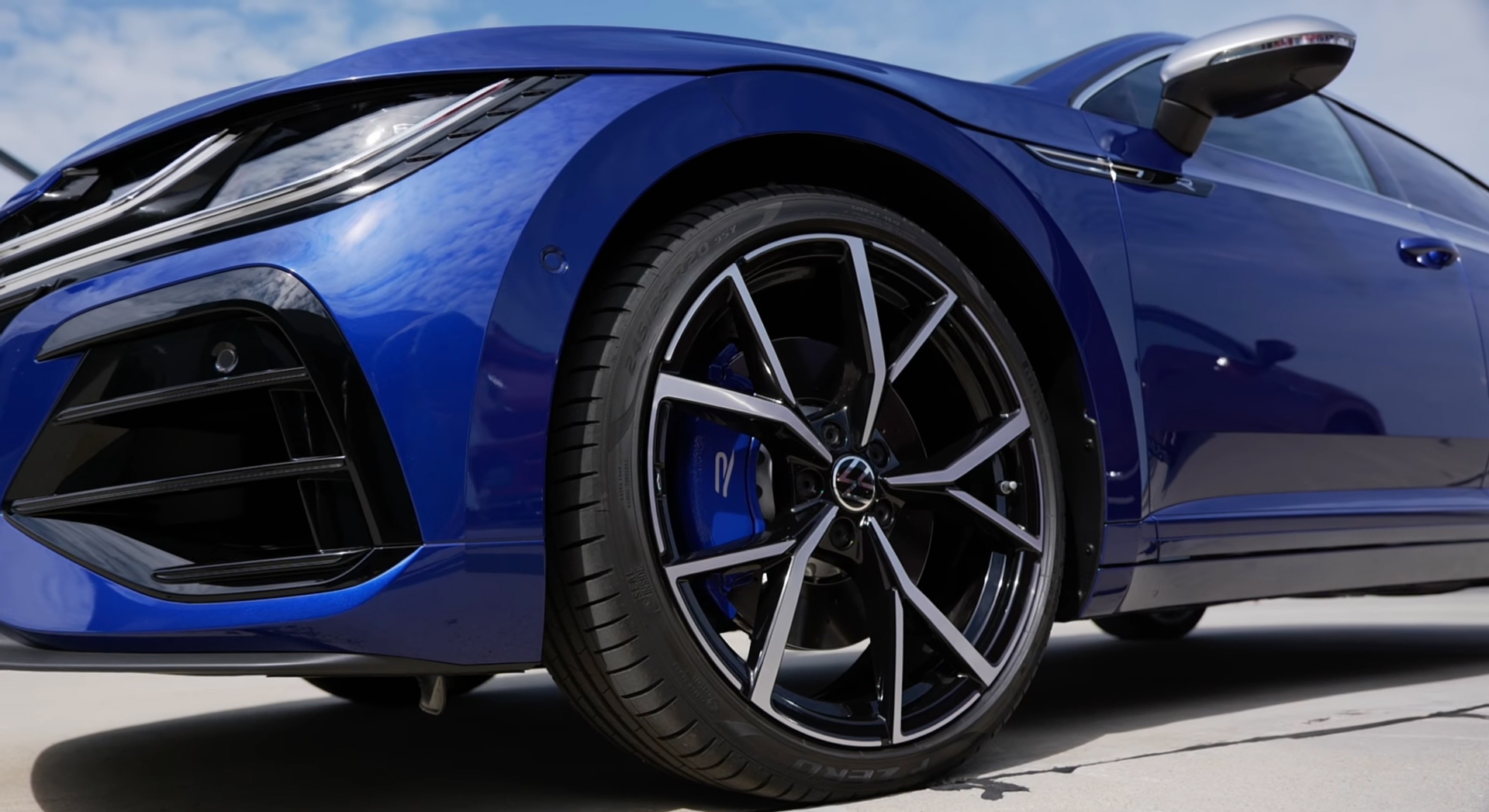 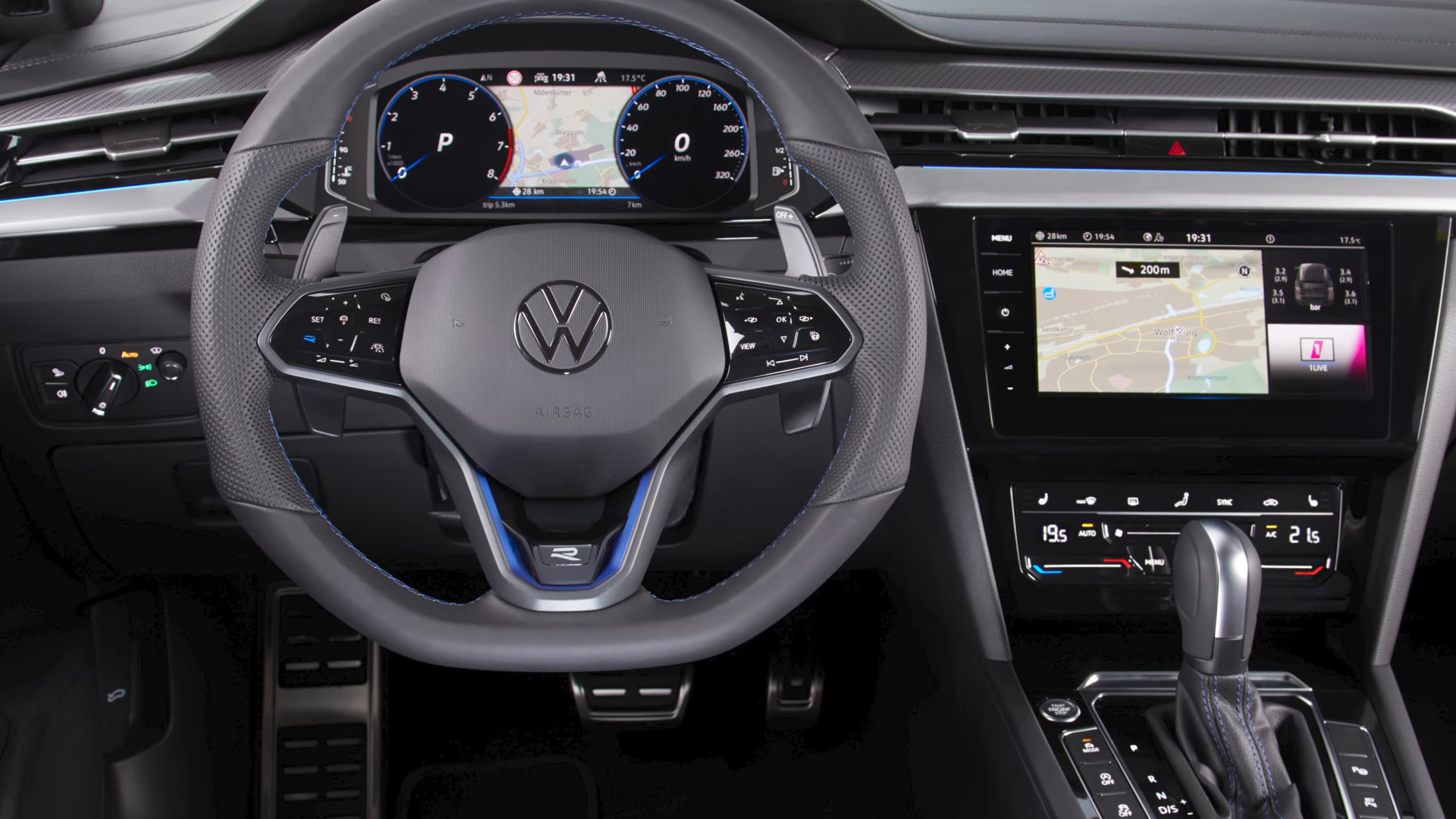 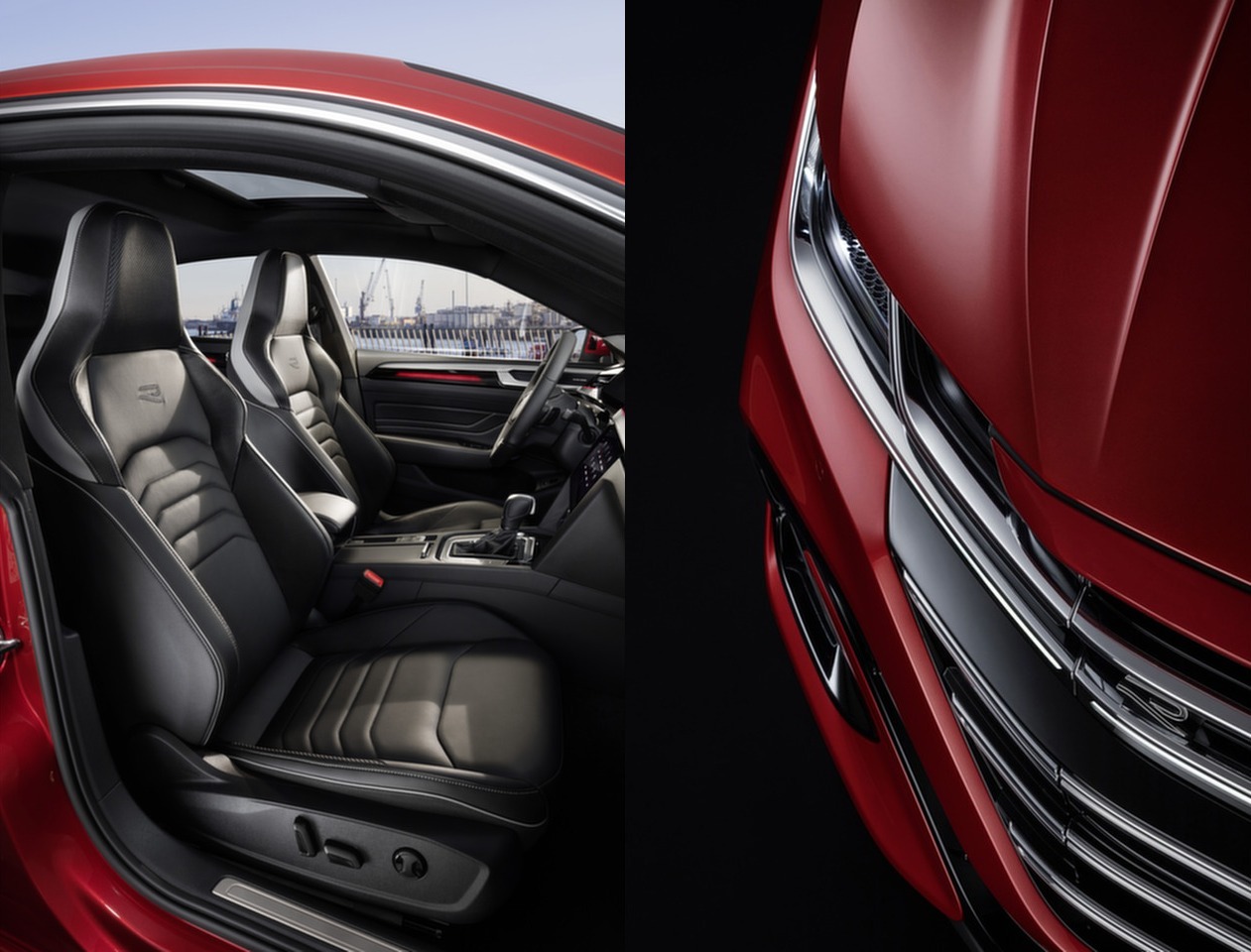 VW is making a proper high-performance R version of this new Arteon it uses similar mechanical bits to the forthcoming Golf R so it gets a turbocharged 2-liter 4-cylinder engine and 4-wheel drive as standard.

The new Arteon is going to be down on power though it makes 320 horsepower and has 420-newton meters of torque now VW hasn’t said how fast it will be but you can bet the Arteon will do 0 to 60 in less than five seconds flat which should make it slightly quicker accelerating than a diesel-powered Audi S5 Sportback.

The Arteon also comes with some visual upgrades so people can tell it’s an R model even when he’s stopped at the traffic lights he gets a black grille for starters 20-inch alloy wheels and tinted brake lights there’s also a sports exhaust suspension that’s 20 millimeters lower than the standard car and a Lapis blue paint option that’s exclusive to R and R line models.

There is big news about the new Arton is that there’s now an estate version obviously it’s not called an estate because it’s a german car, for example, Audi says the estates are Advanced, BMWs are Touring, and Mercedes has Wagons, and now VW has chosen the name Shooting Break for its brand new Arton estate. 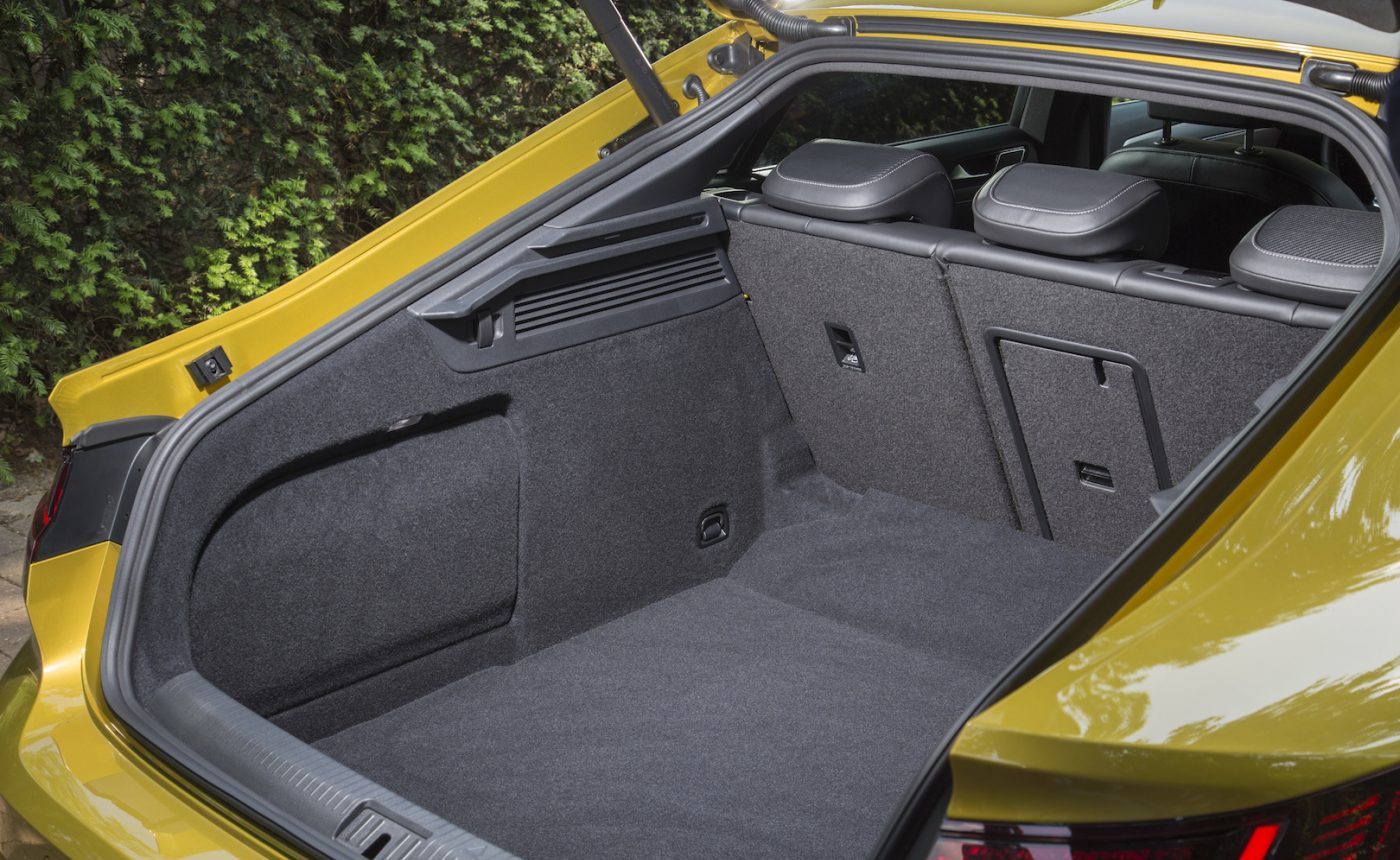 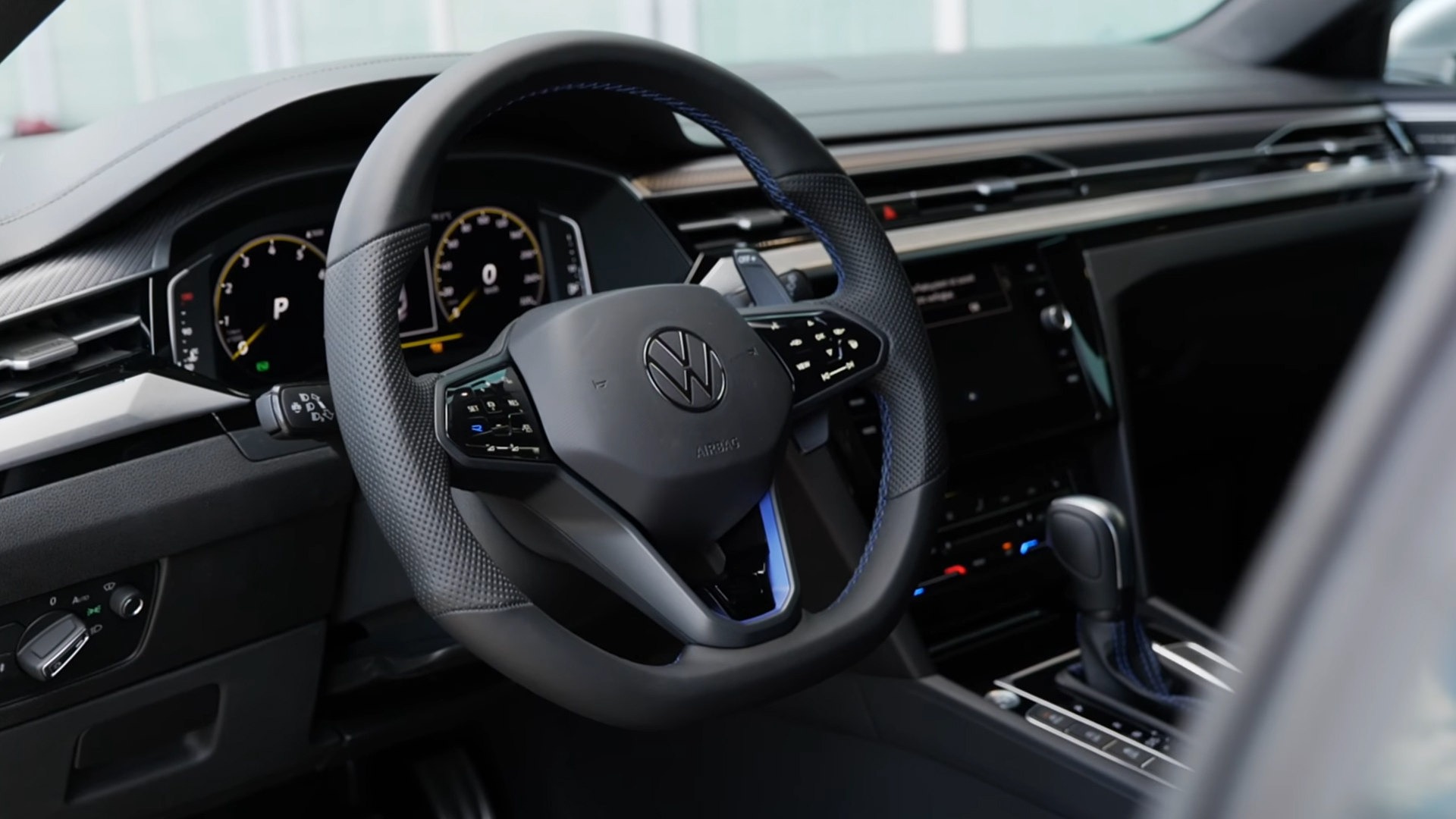 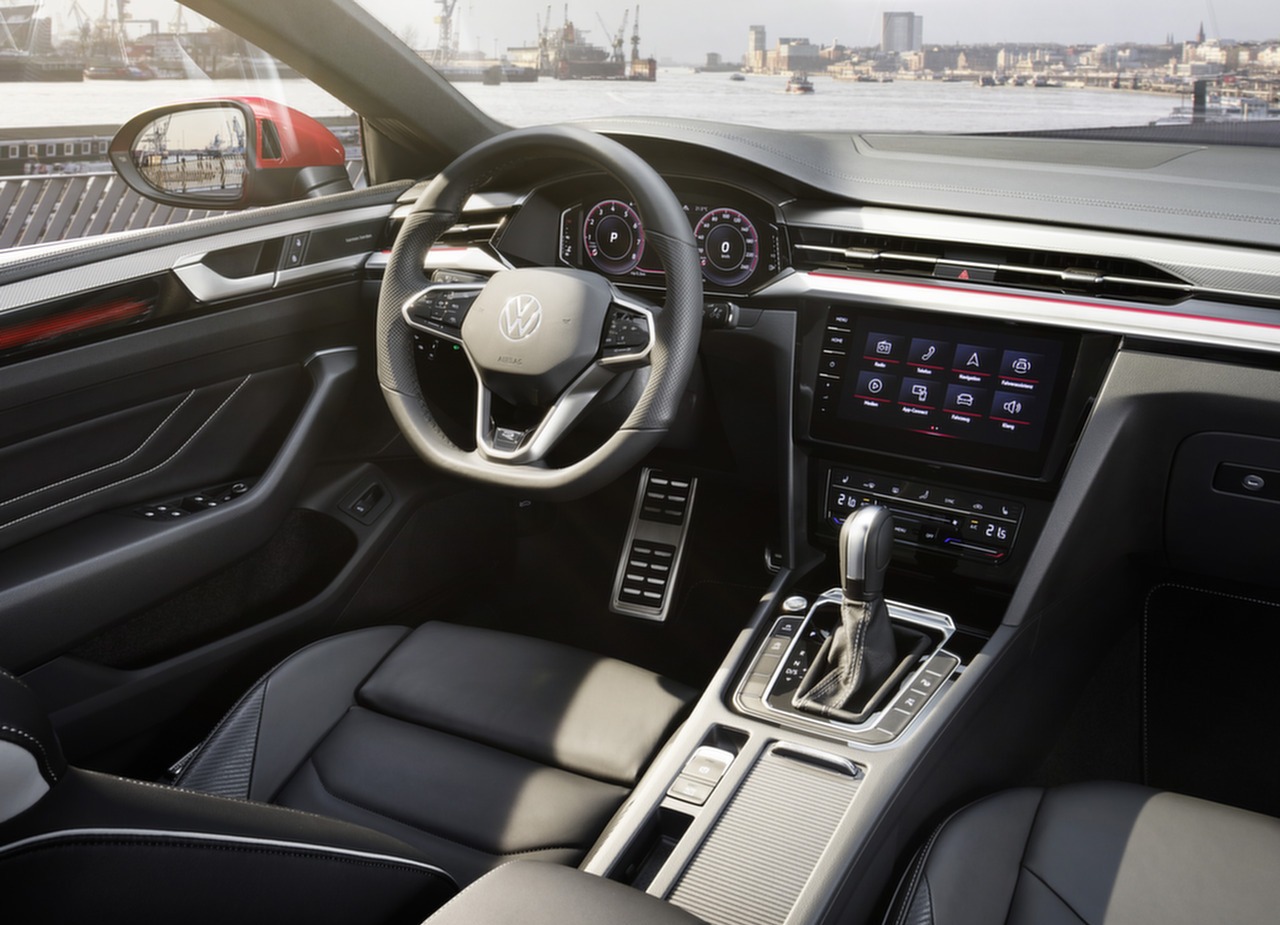 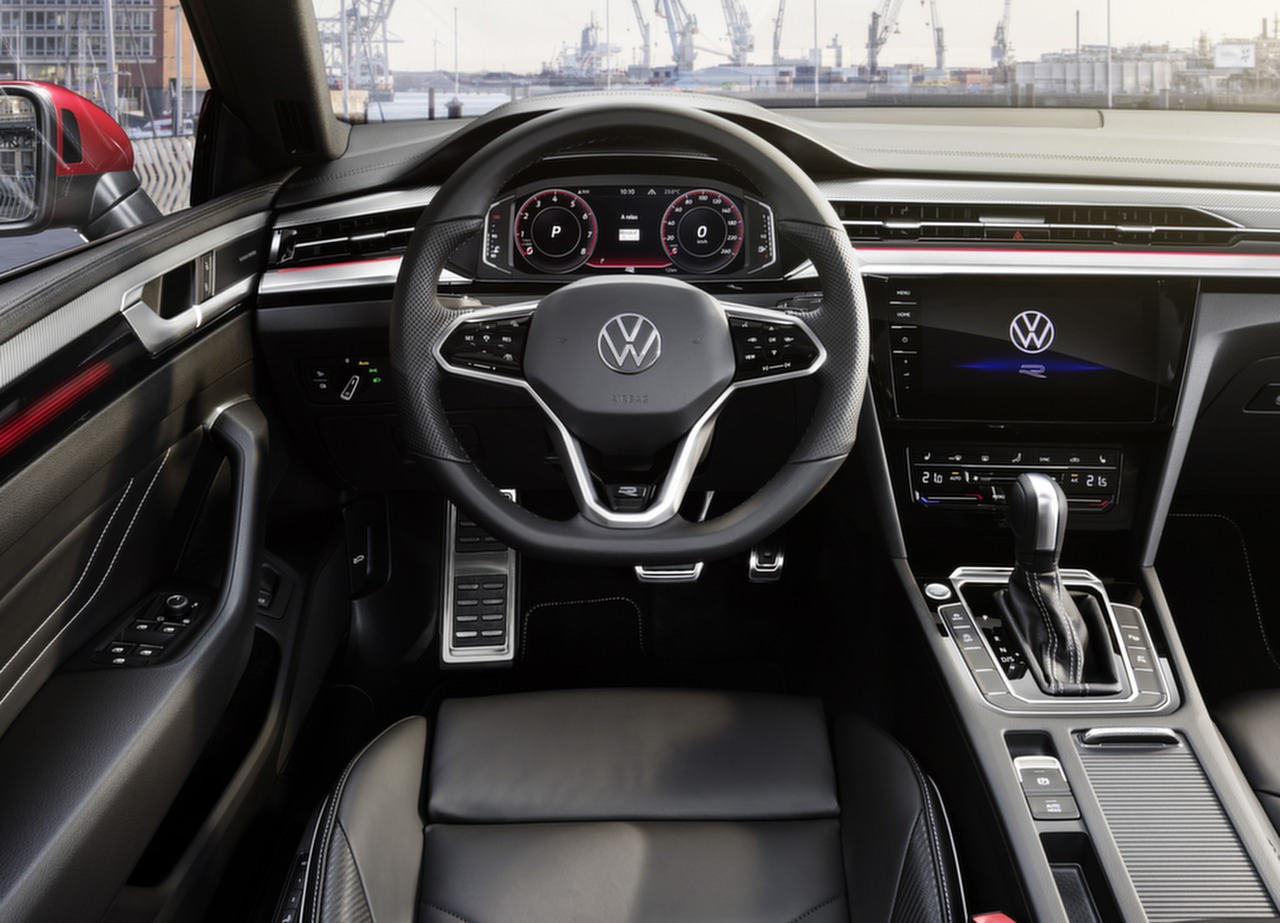 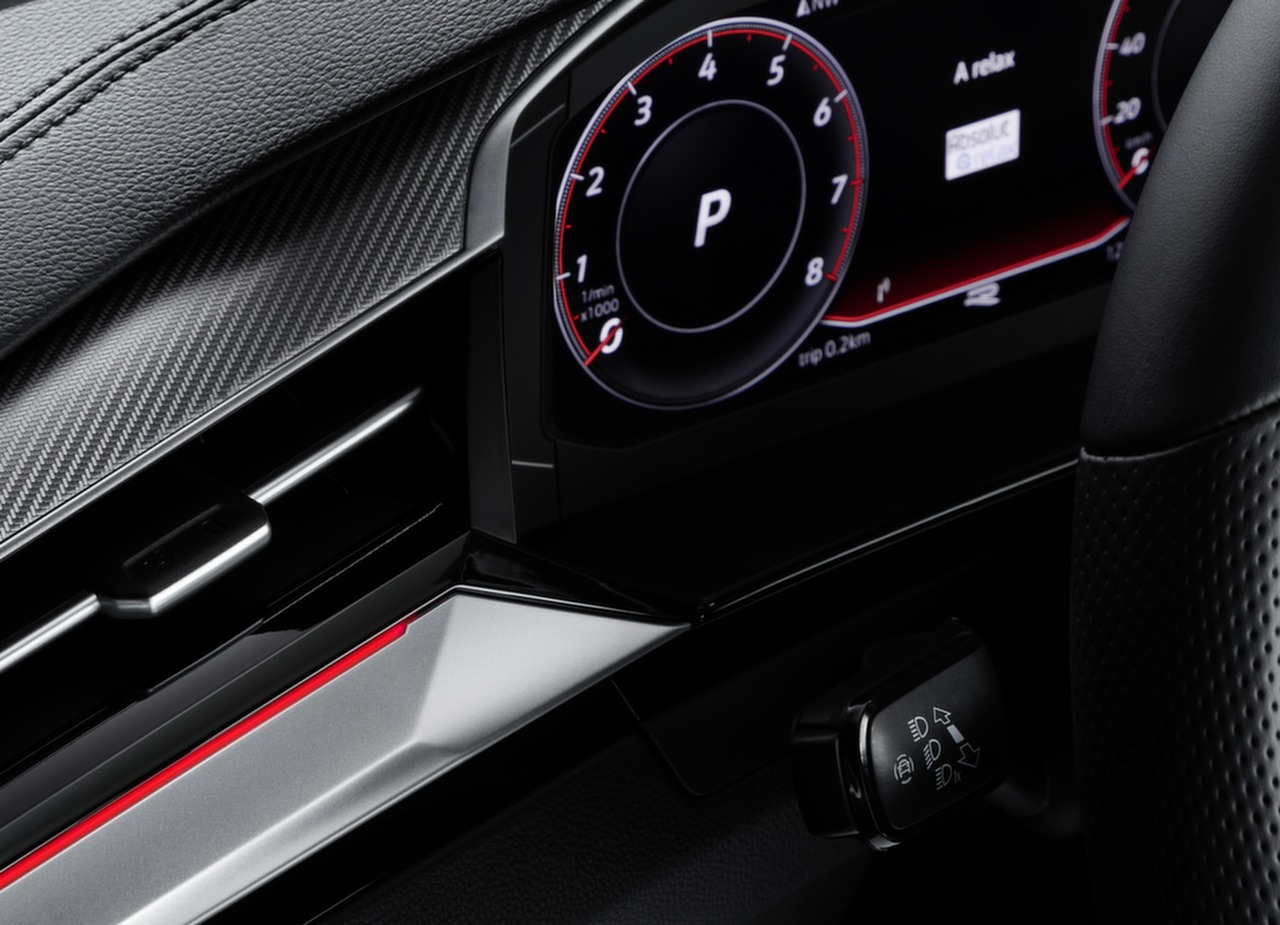 VW made a few changes to the Arteon interior as well the old car’s analog clock has gone which is no big deal but the physical heating controls have also disappeared now you get a row of touch-sensitive keys under the infotainment system just like in the new Golf.

VW has resisted the temptation to give the new Arteon the Golf’s micro gear selector instead, you get the full lever as the old car but they have changed the layout of the dashboard and air vents so it doesn’t just look like a copy and paste Passat cabin anymore.

You can also get the Arteon with some fancier interior trims so you can choose to pay for carbon fiber or eucalyptus inserts for a more natural feel. The car also comes with six different styles of seat trim and mood lighting where you can choose from 30 different colors. 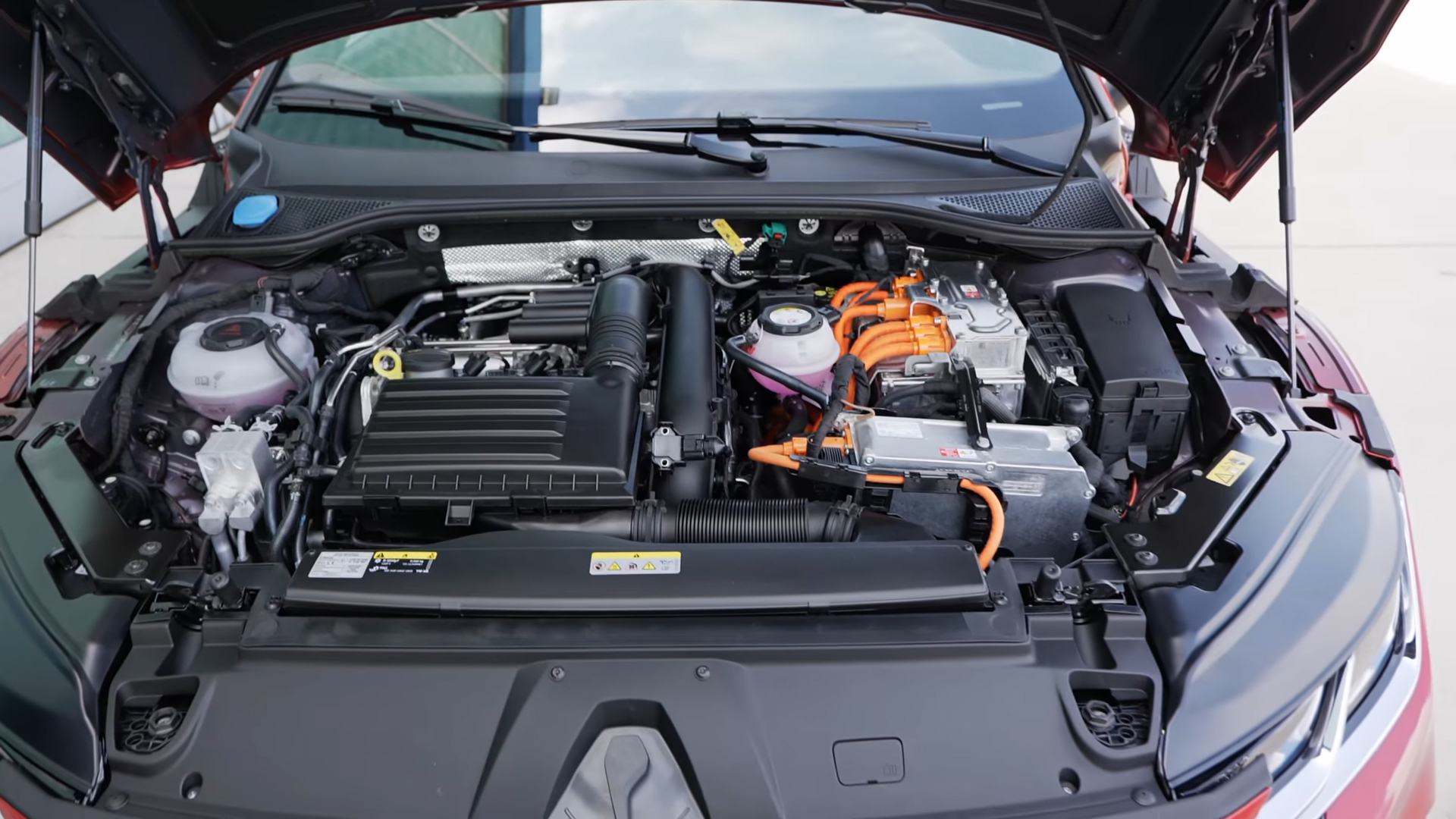 The new Arteon 320 horsepower engine 2-liter turbo you’ll be able to get the Arteon with a bunch of tamers less expensive more economical. 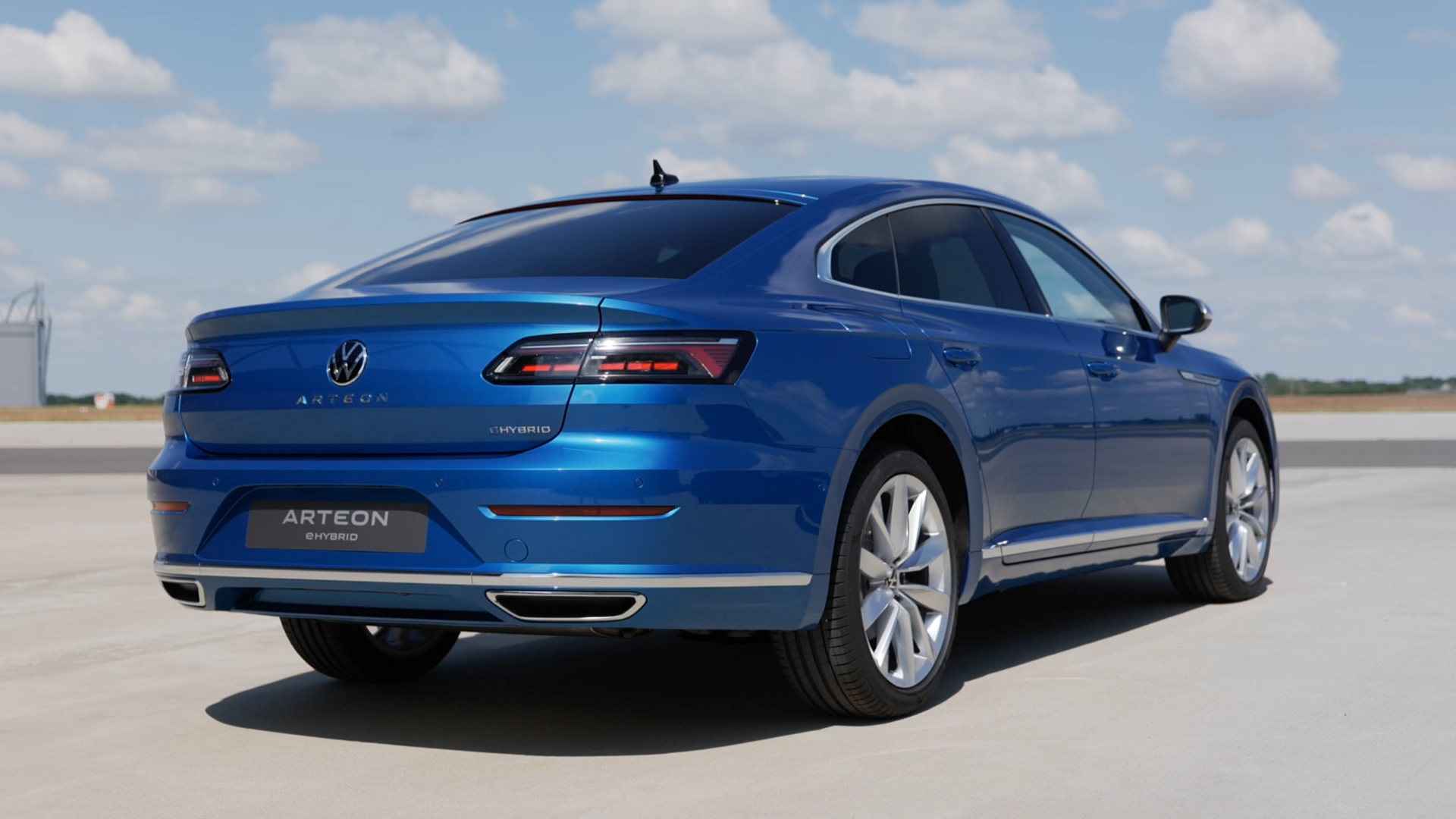 Volkswagen has also added a hybrid to the Arteon range this uses 1.5-liter petrol and an electric motor to produce a combined 218 horsepower, fully charged it’s 13-kilowatt battery and you can drive for around 33 miles in the electric-only mode. The Arteon hybrid should return similar performance and economy figures which mean 0 to 60 in around 7.5 seconds and 180 miles per gallon claimed well so long as you plug it in regularly, as an added bonus the Arteon hybrid also lets you turn on and set the car’s air conditioning remotely using an app on your phone that’s handy on very hot or cold days. 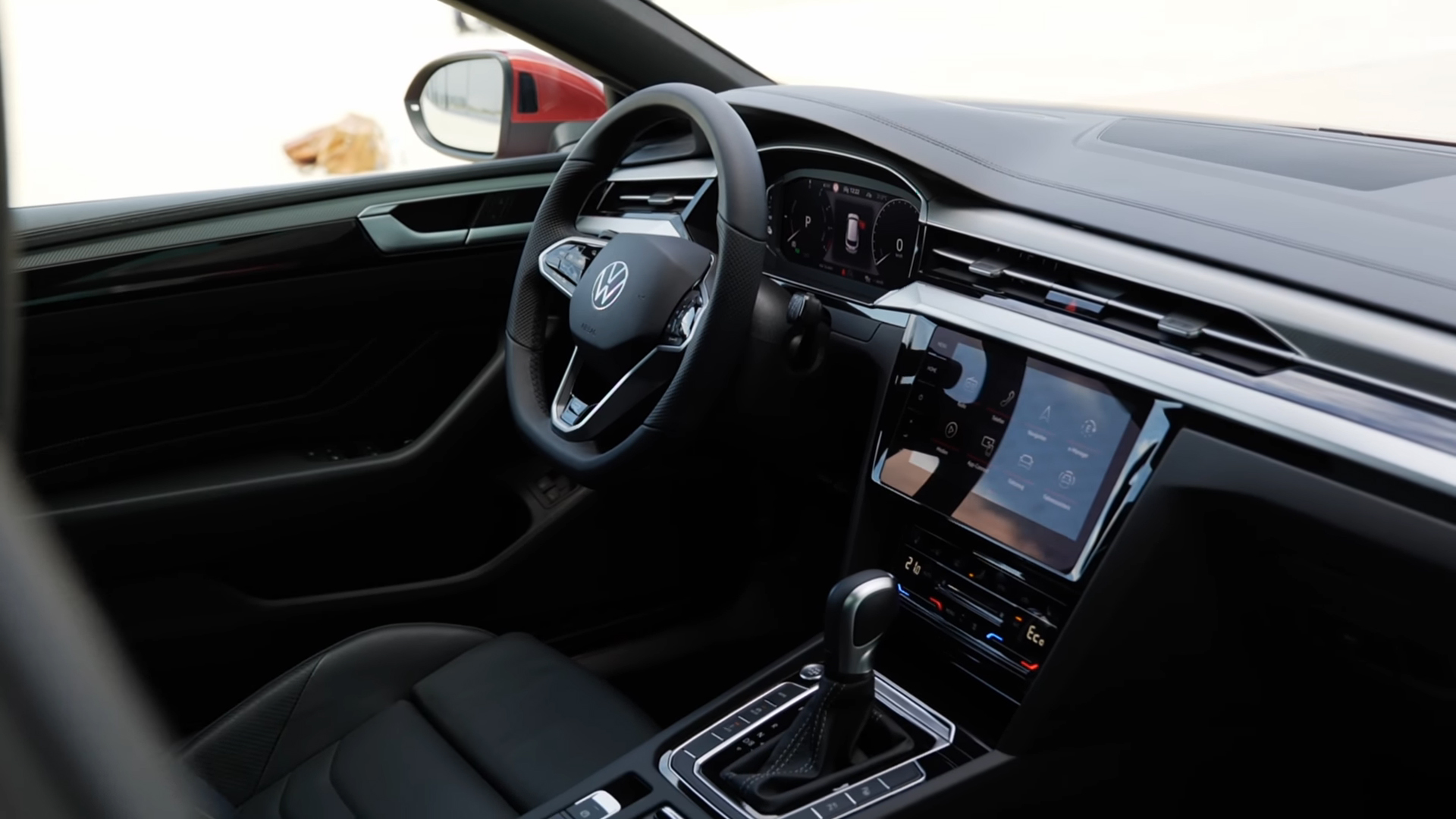 Volkswagen has upgraded the Arteon infotainment system it’s the same as you get in the recently revised Passat and unfortunately not the all-new system from the new Golf. There’s a 9-inch touchscreen as standard which is the same size as the upgraded optional display you could get in the old Arteon and you get the same old digital dials as well. however, you can now connect your phone via Apple car play and Android auto without using a cable it’s all done via Bluetooth and the VW we connect app lets you use your smartphone as a key to unlock the car. 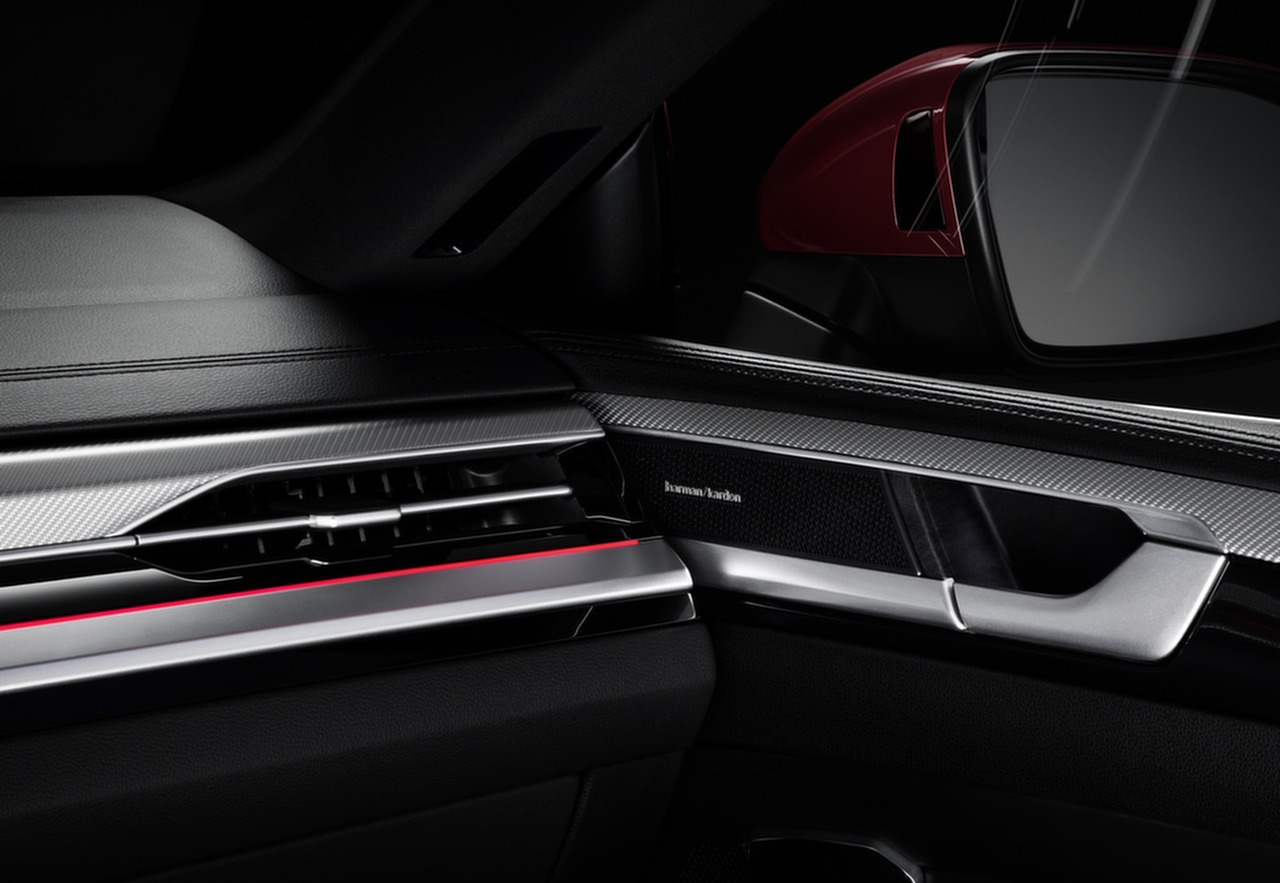 You will be able to get the new Arteon with upgraded cruise control that’ll keep working all the way to 131 miles an hour. Now that you should ever use cruise control at more than 70 miles an hour. It will also accelerate brake and steer for you in traffic and it can recognize roadworks and slow down for them and help steal your own cones, however, be warned Volkswagen has upgraded the sensors that can tell when you’re not holding the wheel so now you won’t be able to cheat it to drive hands-free as you could in its older cars. Meanwhile, as standard, there’s the usual auto emergency braking park assist and automatic headlights. 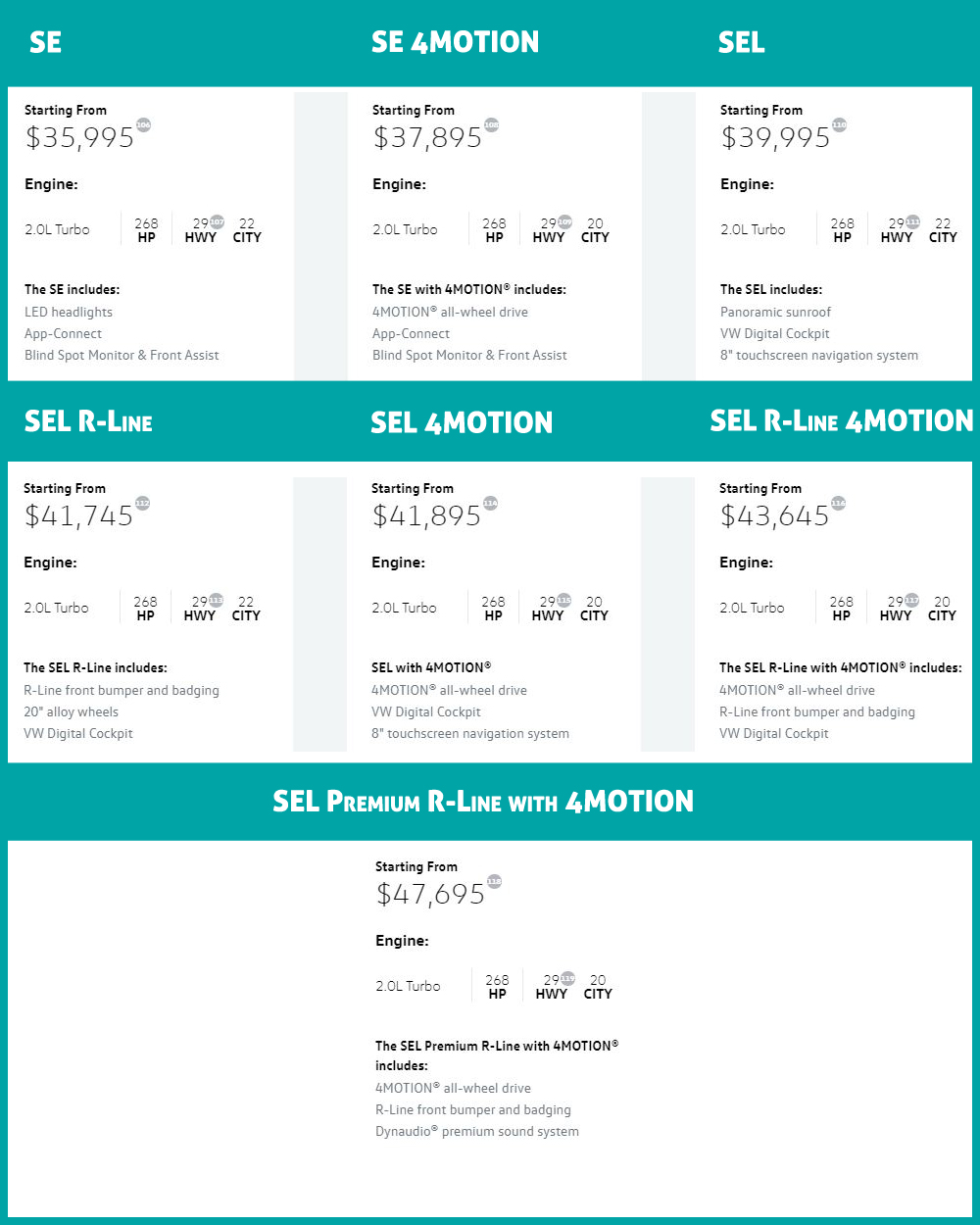 Volkswagen hasn’t said how much a new Arteon will cost or when it’ll go on sale but you can expect to be able to put your name down for one before the end of 2020 or the new car’s extra tech means it’ll probably set you back a smidge more than the old model across the range so you’ll have to fork out from around $ 35,995 for an entry-level saloon and more like $ 46,197 for the new Shooting brake.

Related:  2020 BMW X3 M and X4 M: All You Need to Know
Previous articleBest Backpacking Sleeping Mat for Camping in Any Weather
Next articleBest Asus Laptops in 2020: The Premium Laptops For Professionals

Many of today's newer models are increasingly becoming electric or at least hybrids. SUVs, crossovers and SUVs have become quite popular lately. Recently, representatives...

The new Peugeot 3008 has been launched. The restyled SUV returns to the market in two versions. It's not yet a generation change, but...

Sports cars of legendary brands have always attracted attention, and like wine, the older, the more expensive and better. The Ferrari company was founded...

10 Best Off-Road Electric Bikes for Every Kind of Ride

Top 10 Things Scotland is Famous For

10 Cool Campfire Cooking Gadgets You Need to Have

10 Best Foodie Destinations Around the World 2020

Top 10 Reasons Why Everyone Should Visit Malta

10 Best Destinations in Southeast Asia You Need to Visit

GPS Sports Watch 2020: The Perfect Companion for Your Training