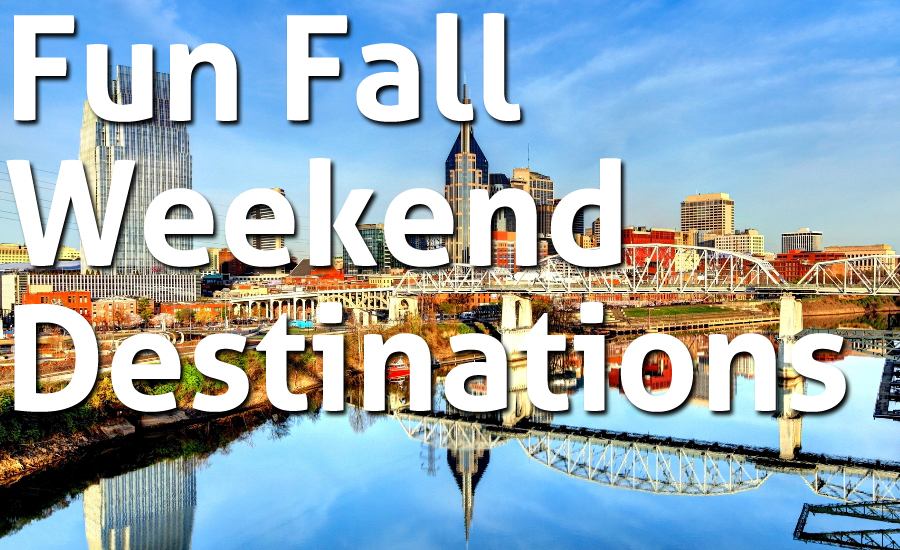 Be it for the smaller crowds or the beautiful colors autumn is a great time for a quick weekend trip. We’re counting down our picks for the top 10 places for a fall weekend getaway. We’re looking at destinations across the United States that offer a perfect weekend retreat from everyday life, especially in autumn. 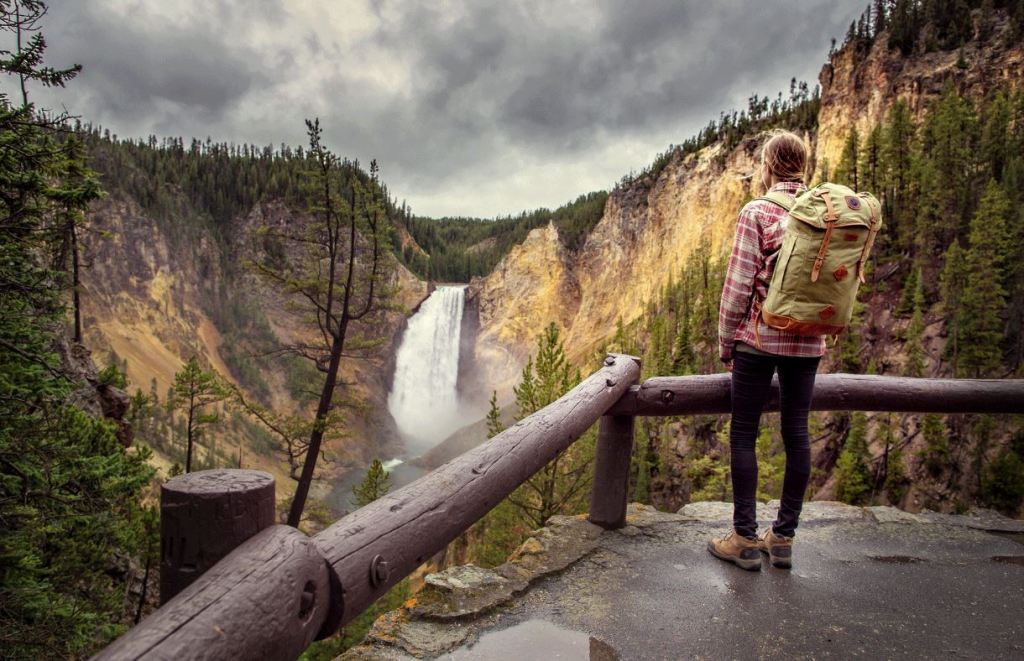 Any season is great to visit Yellowstone let’s just say it Yellowstone is a truly magical place and fall. Not only did the crowds drop off significantly as of September. But as you roll over into October the color palette of the park drastically changes. The grass turns a beautiful golden color with a kaleidoscope of color popping from the endless foliage. Fall is also a great time to spot wildlife. Just make sure to look into your camping options beforehand as the park only keeps a limited number of campgrounds open into October. 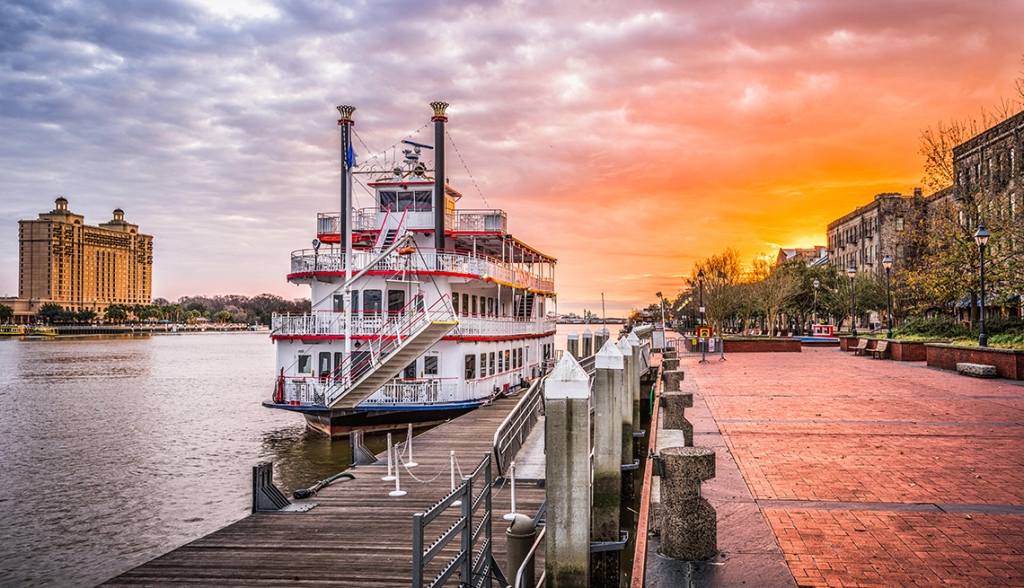 The stifling Savannah’s summer heat has subsided substantially taking with it the large crowds. What you’re left with is one of the prettiest cities in America. One that still knows how to have fun even after the hordes of tourists have left follows a festival season in Savannah. The city has got something for everybody. Jazz Fest Oktoberfest, a Film Festival pride, a Jewish food festival to rock and roll marathon, a Food and Wine Festival and more. If you’re looking to slow things down, even more, consider renting a place on neighboring Tybee Island. A beach destination that although packed in summer feels like a secret getaway come fall except that is during October’s. Tybee Island Pirate Festival which is downright wild. 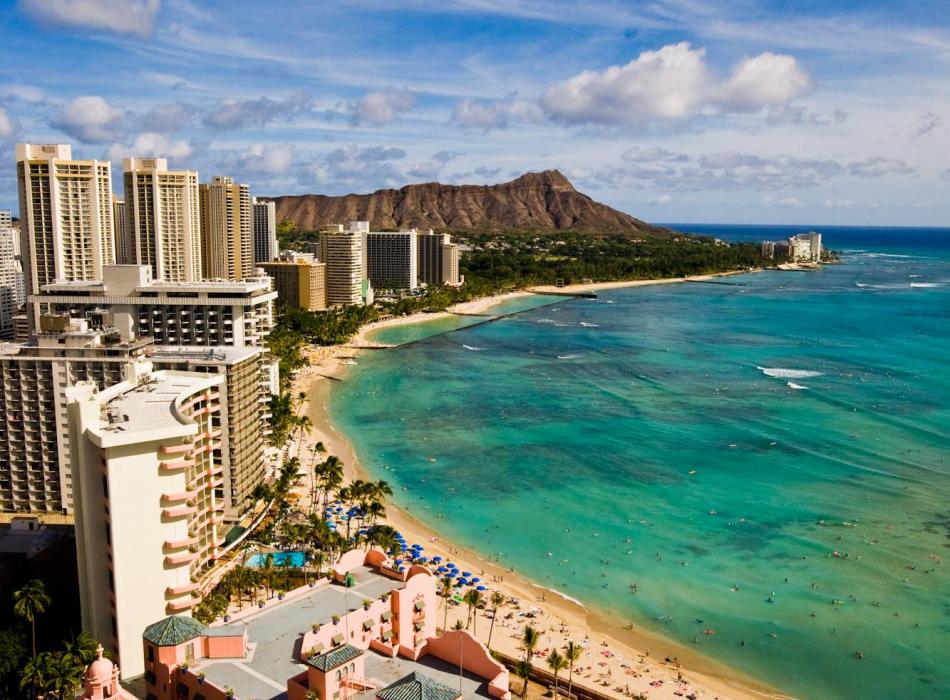 Hawaii often referred to simply as the Big Island. Island is the largest of the islands that make up the Hawaiian archipelago. Hawaii usually experiences its warmest weather in the months of August and September. As such this makes October arguably one of the best times to take a quick island retreat. The tourist season has recently come to an end but the temperature is still remarkably comfortable. As for rainfall, it remains relatively minor in October falling in between the dry and wet season. The Big Island specifically receives the lowest amounts of precipitation on average as for the water. October is actually one of the warmest months for swimming but because the summer tourists have left. Hotel prices tend to be at their lowest. 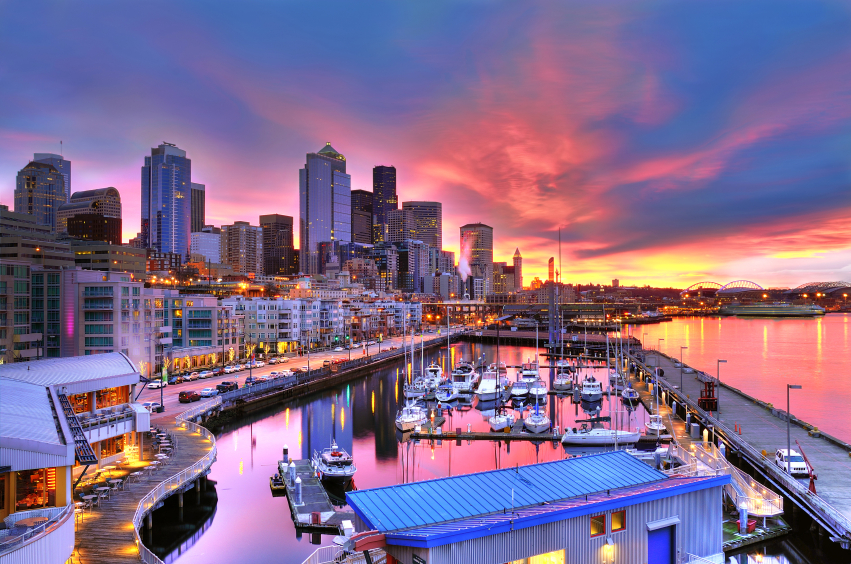 This renowned destination has some popular attractions that should be on any traveler’s bucket list. The crowds are much more manageable same goes for the ever-popular Pike Place Market. Which is a fantastic farmers market and community hub but can tend to get a little claustrophobic in high season. The fall colors are reason enough to visit Seattle. Now we know what you’re thinking isn’t it perpetually raining. In Seattle winter admittedly does see a lot of precipitation but in early fall think September to early October. You can enjoy all that the city has to offer without having to brave significant rain or large crowds. 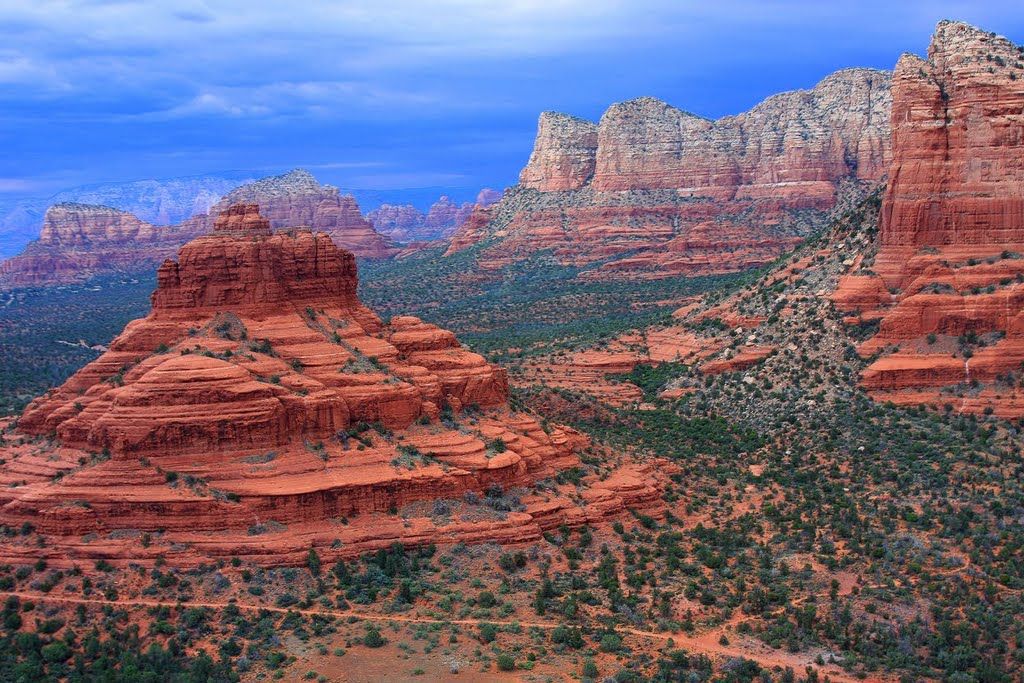 Many would argue that the best time to visit Sedona is in March through May. When the landscape is heating up in the desert is coming into bloom. But fall is almost as popular due to the comparably low temperatures in the fall colors. Now unlike most of the destinations, we’re discussing today. This isn’t the offseason because Sedona gets so freakin hot. Summer is actually the cheaper time to go but who wants to roast. Part of what makes Sedona so particularly charming is the mixed landscape that really offers the best of both worlds. You’ve got the desert but you’ve also got more wooded areas as well as meaning rich red and gold leaves that photograph beautifully. 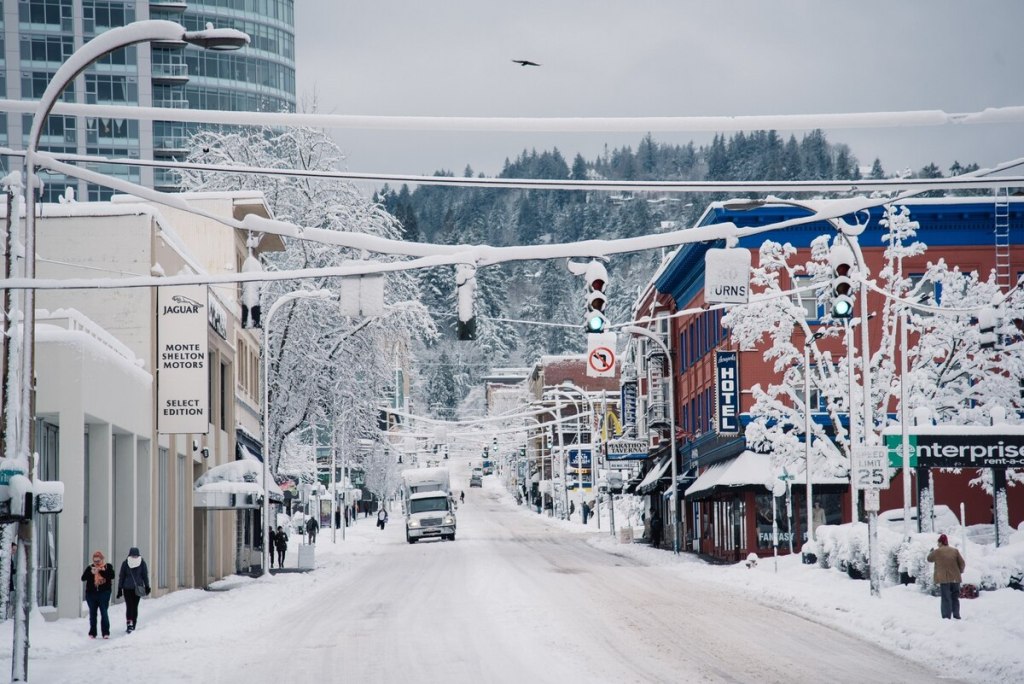 Coffee craft beer, cheap eats, fine dining restaurants that focus on local and seasonal ingredients art music brunch biking. If you consider it trendy Portland is on the cutting edge as such. This perpetually cool city is a popular destination pretty much all year round. That being said one of the major reasons why people love Portland both visiting and living. There is natural beauty with its abundance of green space and the opportunity for outdoor activities. The city is a great launchpad for numerous scenic heights that will allow you to immerse yourself in the fall colors autumn also sees. Portland playing host to a variety of unique and entertaining festivals and events.

Related:  10 Coolest Smartphone Accessories That You Must Have 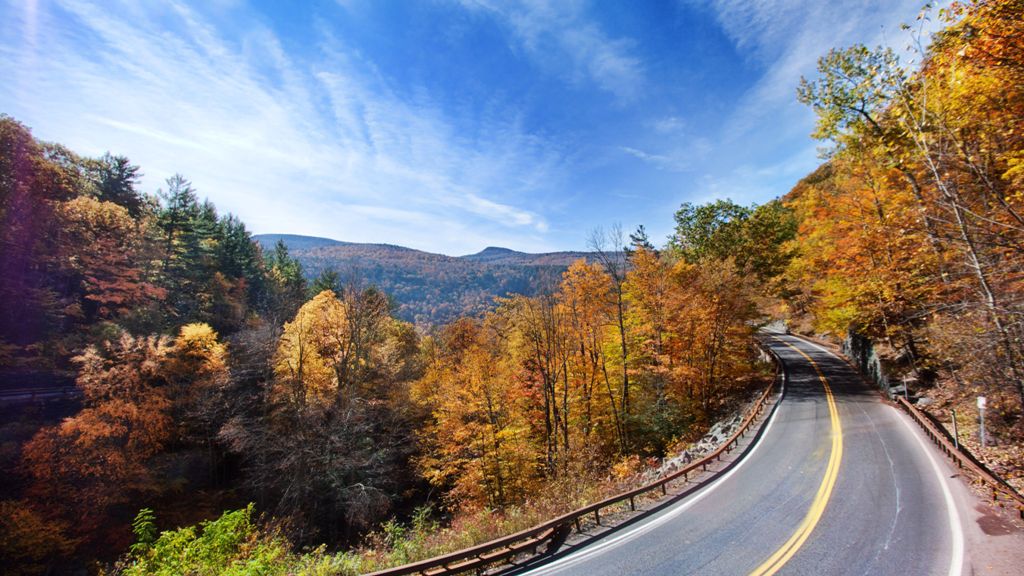 How did New York State get so lucky? They really seem to have the best of both worlds a booming metropolis and vast stretches of pristine forest. This fall we’re recommending that you embrace the latter with trees stretching as far as the eye can see in all directions. Keep it simple by finding a nice campsite going on leisurely hikes in the day and relaxing by the fire at night. Alternatively, you can explore the Greater Catskills area venturing into the small towns or checking out the local attractions and festivals of course. If you’re not in the mood for camping or a wilderness retreat. New York City is another option that’s always worth a visit no matter how often you go. 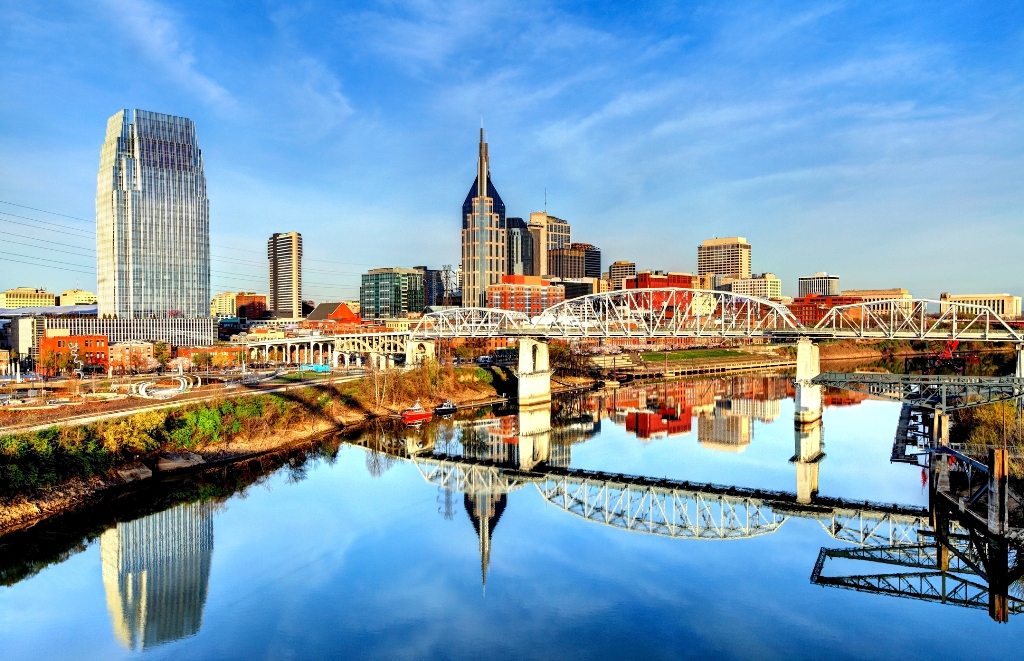 Due to its overwhelming popularity these days Nashville tends to get crowded particularly in March, June, and July. Things start tapering off in August and during September through November. The average number of tourists hits its yearly low. This is Nashville we’re talking about so you’re never gonna have the city to yourself. We’re quite frankly shocked that it doesn’t get busier in the autumn months because fall is festival season in October. You’ve got the grand ole opry birthday bash. The Nashville cultural festival Clarksville Oktoberfest and the commodore quake an annual homecoming music festival put on by Vanderbilt University. 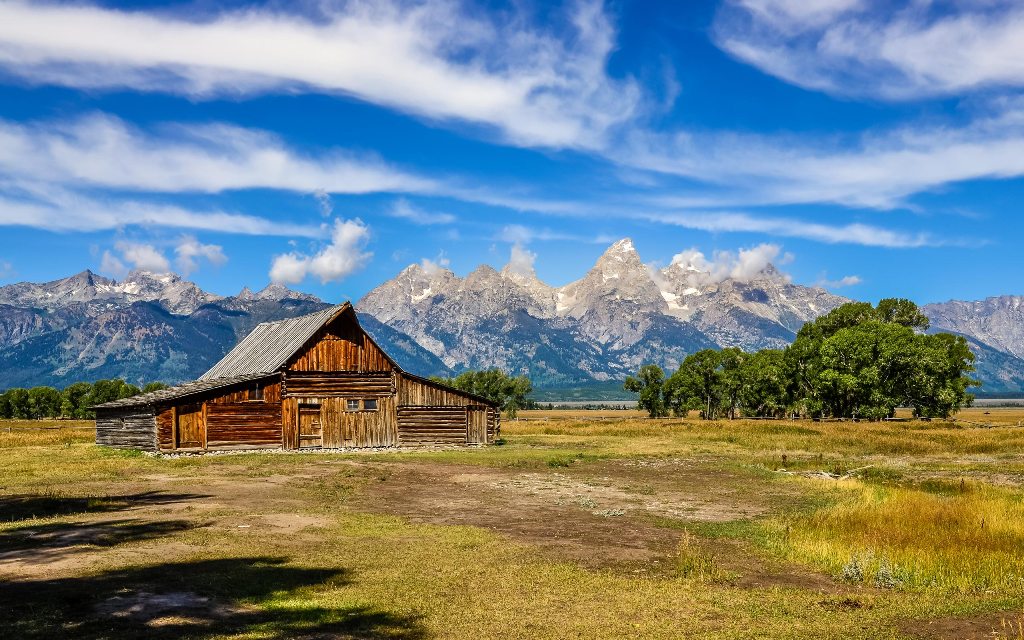 Jackson Hole Wyoming fall is often referred to as the secret season in Jackson Hole. That’s because during the summer months this destination welcomes a horde of tourists and outdoor enthusiasts then comes to winter. Jackson Hole becomes one of the top skiing destinations in America sandwiched between the two. It’s a very peaceful time in this picturesque valley. The fall color is backed by the surrounding mountain ranges, tea and grow to vaunt will take your breath away with fewer crowds. You’re also much more likely to catch a glimpse of local wildlife. You’ll often have a hiking trail to yourself and it doesn’t hurt that restaurant reservations in Jackson are less competitive as well. 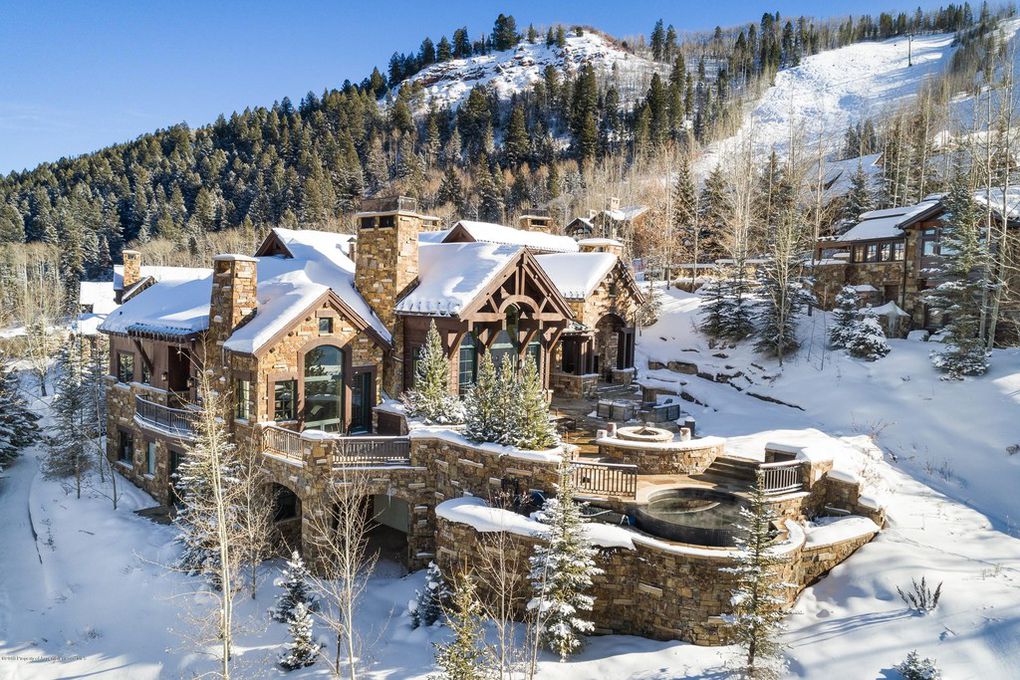 The destinations on our list have skewed in favor of natural spaces. We think autumn should instead be celebrated. The best way to make the most of the fall is to take advantage of the abundance of natural beauty by going outside. Arguably the best place to do just that is Aspen fall is the ideal time to see the foliage change. The local landscape is just about as dramatic in its beauty as they come. There are numerous excellent hikes appropriate to travelers of all fitness levels. Most of them end with a view that will take your breath away. Of course, the changing colors and natural beauty of the region can also be appreciated on such scenic drives. As maroon Creek, Road Castle, Creek Road, and Independence Pass or why not try your hand at fly-fishing. Aspen is truly an autumnal paradise. 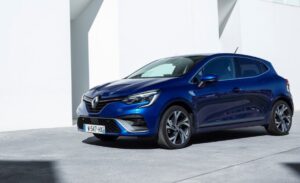 Top 10 Things You Need to Know About 2020 Renault Clio 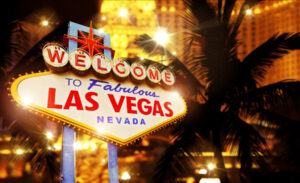 15 Things You Should Know About Las Vegas Before Arriving 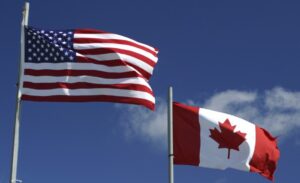 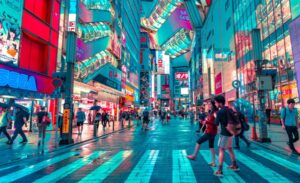 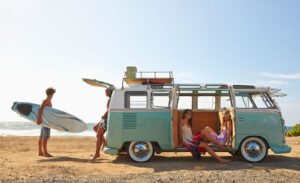 9 American Beaches That Are Better in the Fall