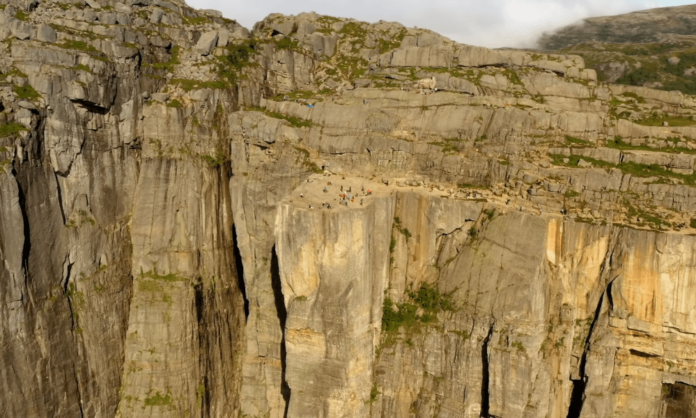 Europe is a really huge country to be travelled. You can keep travelling to Europe as much as you want. There are so many places in Europe that you should visit at least once in our lifetime. One of which beautiful place Scandinavia and here’s Scandinavia top 10 places you should head over to. Scandinavia has to be one of the all-time favourite regions. It’s made up of Norway, Sweden, Finland, Iceland, and Denmark. Super interesting thing is that all these countries are ranked in the top 10 happiest places in the world. They obviously must be doing something right, Scandinavia offers some of the world’s most unique landscapes from the Fjords of Norway to the Sea Cliffs of the fair islands. We just can’t get enough of this place. Alright so let’s get started. 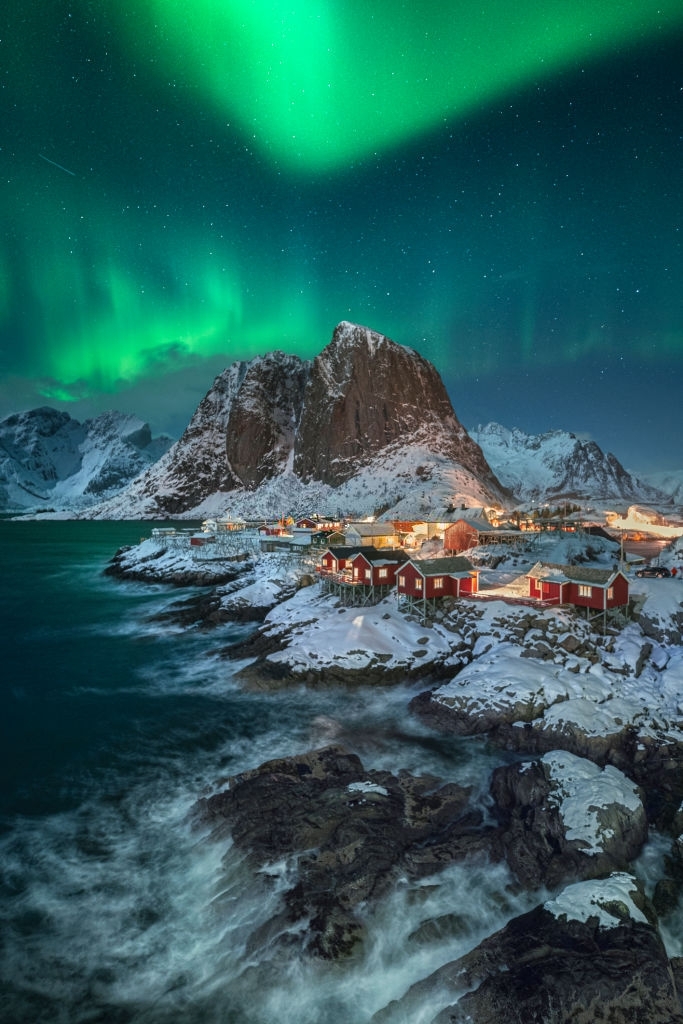 Lofoten is located in northern Norway and even though it’s in the Arctic Circle it feels like you’re on a tropical island. There’s this little fishing village called Henningsvær you can go to and see the world’s most scenic football field. When we got there we sadly didn’t have a soccer ball but we had a good time playing on the field and enjoying the incredible views of in Henningsvær. You can then head over to the iconic town of rain. When you think of Norway this is it, it has those red houses surrounded by massive sea mountains.

Reine is the most beautiful town in Lofoten; it is so beautiful that you might not get sure about its existence. if you want to do an amazing hike you can go to Kvalvika beach, it’s about a four-kilometre trek and it’s worth it. When you get to the beach you’re going to be amazed by the landscape it has mountains that remind of Switzerland, an ocean that looks like the Caribbean and it’s as green as a tropical island. You can have a snap of the most beautiful sunsets from there. You might get amazed by the colors and the scenery over there.

We’re going to head over to the Faroe Islands located right between Norway and Iceland. In the North Atlantic Ocean, the archipelago is made up of 18 volcanic islands. The Faroe is home to some of the world’s most dramatic landscapes from sheer sea cliffs to waterfalls straight into the ocean. The Faroe just has so much to offer. While the islands are part of the kingdom of Denmark, they are a self-governing archipelago. One of the most scenic places in the Faroe Islands is The Mulafossur Waterfall. it’s located on Vagar island. The waterfall descends about 100 feet into the ocean below. The backdrop of the village with a massive green mountain behind makes it one of the most scenic places on earth. One of the best places in the Faroe Islands is the sea stacks of Drangarnir. The name itself just sounds freaking epic, it’s this slanted sea rock with a perfect arch right above the cold Atlantic ocean.  It’s definitely one of the first places.

We’re now going to head over to Finland. For the past three years, Finland has been ranked the happiest country in the world thanks to its wonderful healthcare education and obviously, it’s beautiful scenery. On the same note the capital of Finland, Helsinki has been ranked the happiest and most livable city in the world. Helsinki is one of the northernmost metropolitan areas, the whole city just has a great vibe. If you want to venture out of Helsinki, you can take a ferry across the Baltic sea to visit Talon Estonia or you can even head over to St. Petersburg, Russia.

If you want to see some of Finland’s nature you can head up north to visit Lapland. Lapland is Finland’s northernmost region and borders Russia, Sweden, and Norway. In the winter months, Lapland becomes a frozen wonderland that looks like something straight out of a Disney movie. If you can handle the cold Lapland may be one of the best places in the world to see the northern lights. The northern lights are abundant throughout the cold winter months it can get up to negative 50 degrees Celsius in the winters. One best thing about Lapland is the snow-covered trees, they look really very pretty. It’s believed that Santa Claus originated in Finland and with all the reindeers and pine trees.

We’re going to head over to the neighbouring Sweden to visit Stockholm. Stockholm is Sweden’s capital it’s made up of 14 islands and 50 bridges. Sweden is much more affordable you can also have a good time just walking around the city and using their public transportation. The buildings and architecture there are so unique and it’s such a wonderful city. There’s this little town called Vindeln in the middle of Sweden. You might get amazed by the endless pine trees that seemed to go on forever and ever it was such a beautiful yet strange place.

Related:  The Best Electric Bikes of 2020 for Everyday Travelling

We’re going to head over to Lysebotn to drive down Norway’s craziest road. Lysebotn is a small village that’s about a six-hour drive from Oslo. The road that leads down to it consists of 27 hairpin turns that descend down the Fjord to the village below. When you’re at the bottom you’re going to be amazed by the surrounding walls of the Fjord.

If you’re down for a hike you can trek 12 kilometres to KJERAGBOLTEN which is this famous for its rock wedge between two cliff walls looks a little sketch to me.

We’re going to head over to the nearby Pulpit rock located in the same Fjord. Pulpit Rock is a famous flat top cliff with a straight drop of over 600 meters. To get there you can park in the base camp and make the six-kilometre hike. The rock can be super packed, so if you want to avoid the crowds you can wake up super early and get to pulpit rock to enjoy the sunrise. You might not think of a better place to watch the sunrise. The cliff walls are really huge.

So another hike to do in Norway is the trek to. Trolltunga is possibly the most iconic rock formation in Norway. It shoots out over 2000 feet from the lake below. Trolltunga is definitely the hardest hike of the three it’s a 28-kilometre round-trip track that takes anywhere from eight to twelve hours to do so. Make sure you give yourself plenty of time you can start the hike at the main trailhead and hike in 14 kilometres in to reach the famous Trolltunga rock. It offers some of the best views in Norway alright.

So now we’re going to head over to Iceland to experience the land of fire and ice. Iceland is home to some of the world’s most unique landscapes from volcanic craters to a blue lagoon. The country just has so much to offer. One of the best places was Reynisfjara Beach, it is a black sand beach. The beach is the basalt sea stacks in the ocean it makes you wonder how the Vikings must have felt when they washed up on the Icelandic shores. You can check out the Skógafoss waterfall, it’s one of the most impressive waterfalls in Iceland with a drop of over 60 meters. You can also drive an hour east on the ring road and visit one of the most scenic canyons in Iceland. It looks like something straight out of the fantasy movie, don’t be surprised if you see a troll walking around there. If you drive another three hours down the ring road you’ll reach Stokksnes. It’s such a dramatic view with the black sand and the mountain in the background. On the other side of Iceland, you can visit Kirkjufellsfoss, this uniquely shaped mountain that looks beautiful. There’s a waterfall nearby and makes for an incredible shot if you go in the wintertime you might just get lucky and see the aurora borealis there’s.

For our final location, we’re going to head back to northern Norway to visit Senja. Senja is Norway’s second-largest island. It was a surprisingly difficult hike but eventually, you’ll be able to make it to the top. Also, you might just get baffled by the view. The rock formation rose hundreds of meters out of the ocean it was just like nothing ever seen before. You can camp up there and stay for a night to see the northern lights. It looks like a dream coming true. So beautiful and amazing and something which can not be described.